Home News Fire engulfs Tesla Model S in Shanghai, should you be worried about... 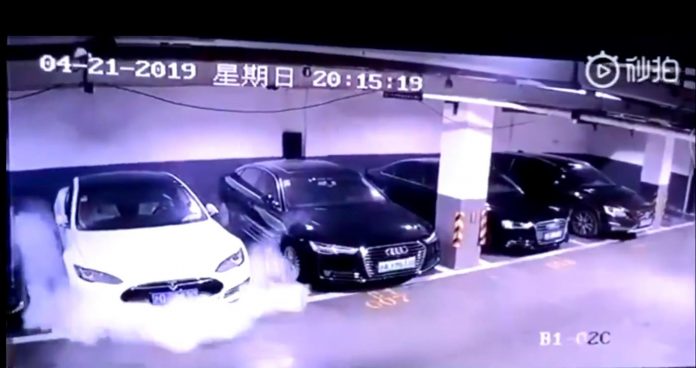 Self-combusting items caught on camera tend to hog headlines, especially when it involves a car, more so when it’s a Tesla. As far as we can gather, no one was injured when this Tesla Model S caught fire in a basement parking lot in Shanghai last Sunday evening, though we can’t say the same for the cars parked alongside it.

According to a news report quoting the owner, the Model S was a 2015 P85 variant with 60,000 km on the clock and that it had been parked (it wasn’t being charged) and was sitting idle for an hour when it caught fire dramatically. Tesla has since sent a team to investigate the cause.

While such imagery casts a shadow over electric vehicles, it must be pointed out that vehicle fires happen on daily basis around the world, whether they are conventionally powered or otherwise.

Alternative energy sources pose new challenges to carmakers, but at least the reactive nature of lithium ion batteries (when damaged or not working as intended) is a known quantity. Remember the Samsung Note 7? Whichever the case, we are pretty sure that Tesla and the Chinese authorities are going to figure this one out.