Home What's the Buzz What’s the Buzz: Is the new Supra even a Toyota? It was either no new Supra or one that’s engineered by BMW, and Toyota chose the latter. Purists around the world has known this fact for years, but to see the car officially unveiled is another realisation altogether – even thoroughbreds are not immune from parts sharing.

Like the 86, the Supra isn’t just any Toyota. If the RAV4 had shared a platform with the BMW X1, nobody would have batted an eyelid. For enthusiasts (yours truly included), the feeling has to be mixed; happy that the Supra nameplate lives and that the Z4’s mechanicals are at least befitting (front-engine, rear-wheel drive, turbo inline-six), but bemused by its lineage which is key to the appeal of any iconic sports car. Oh, the Supra will only be made in Austria, by a third party.

No surprises then to watch Toyota president Akio Toyoda tread carefully in the Supra’s launch video, his script centred mainly on history (and himself) and the need to tell a ‘Supra story’ again, with no mention of development or engineering, except that the ‘final testing’ was done at Nürburgring. Props has to be accorded to Toyoda-san for keeping the Supra story alive and I’m pretty sure that it will be a sweet, sweet drive, but will its German genes keep you awake at night? 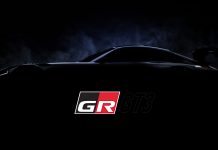