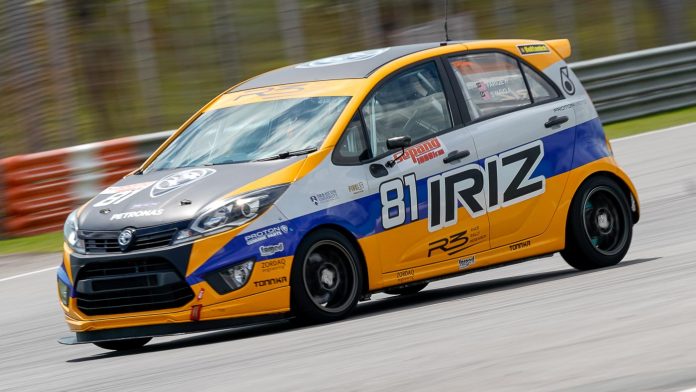 It is also the fifth time a Proton had crossed the finish line in first place, as the Iriz became the fourth Proton to win the race following previous victories by the Proton Suprima S (2017 and 2016), Proton Preve (2014) and Proton Satria Neo (2012).

Driven by Fariqe Hairuman and Syafiq Ali, the Proton Iriz rose to the top step of the podium after a 181-lap race. A third victory for Syafiq Ali also made him the most successful driver in the 1000 KM endurance race.

Last year’s winning pair with Team Proton R3, Admi Shahrul and James Veerapan, were not so lucky with the team’s newcomer, the Proton Saga, as it pulled out of the race after 178 laps, shortly after setting its fastest time on lap 171.

“The 2018 S1K was a tough and exciting race run in hot weather conditions at a very fast pace. There were many lead changes with multiple safety car periods adding to the complexity of our race strategy. We managed to get a good lead over the rest of the field with 40 laps to go and thankfully we were able to then stretch our advantage to over 2 minutes at the end of the race,” said Gary Lee, Team Principal of Proton R3.

CEO of Proton Edar, Abdul Rashid Musa added, “At PROTON, we truly believe motorsports improves our products. It’s not easy to succeed in a race like the S1K as cars have to run flat out for nearly 9 hours, but our wins prove Proton cars have exceptional handling and are engineered to perform even when driven in such extreme conditions. To be both fast and reliable is very difficult so when we manage to achieve it we make sure what we learn on the racetrack is transferred to our cars on the road.”