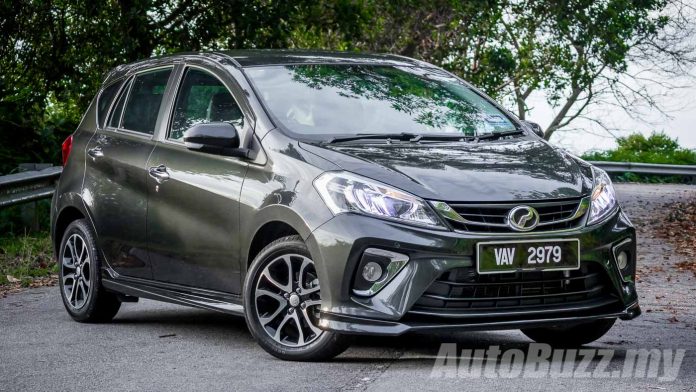 While major premium brands in Malaysia are posting strong growth in year-on-year (1H 2018) sales performance in Malaysia, let’s not forget about the smaller brands that take up the biggest chunk of the Total Industry Volume (TIV).

Perodua President and CEO, Datuk (Dr) Aminar Rashid Salleh said: ““We attribute this sales record to continued strong demand for the new Myvi as well as for our other models in the first quarter while towards the end of the second quarter we saw a surge in sales due to the zero-rated Goods and Services Tax (GST).”

“Our sales peaked in May at almost 22,000 units. However, we do not foresee this momentum continuing in the subsequent quarters of the year. While engagement with the government is on-going, we are still unclear on the full mechanism of the impending Sales and Service Tax (SST).”

“On the assumption that there will be an increase in vehicle prices from September onwards; we foresee that the public will go through a period of adjustment hence resulting in less demand for a certain duration.”

“Perhaps the impact would be up until December 2018 where, typically, most players would give good offers to reduce their carry-over stock into the following year,” added Datuk (Dr) Aminar.

Despite the increased uptake of Perodua vehicles during the “Tax-Free Holiday”, the company is maintaining its sales target of 209,000 units for 2018. “Unfortunately, apart from a few units of the Alza, we expect all orders made this month (August) to be fulfilled only from 1 September onwards. We sincerely apologise for any inconvenience caused but we believe we still offer the best value in the market at present,” said Perodua Chief.