Home News The super rich will soon have a new “toy” from Toyota to... And it’s called the GR Super Sport Concept. After making its world debut at the Tokyo Auto Salon earlier this year, it was showed off to the public at the Le Mans 24 Hours with Toyota confirming the development of the road-going hypercar.

The announcement follows after the Japanese carmaker’s historic first ever win in the iconic Le Mans 24 hours World Endurance Championship race in France last weekend – in the absence of Porsche and Audi.

Underneath its flamboyant shell is a twin-turbocharged V6 engine and the Toyota Hybrid System – Racing (THS-R). Like the LMP1 race car, it will deliver 1,000 hp at the stretch of its multi-millionaire owner’s big toe.

“We started this project because we believe that creating a super sports car that delivers the same appeal as the TS050 Hybrid greatly adds to Toyota’s involvement in the WEC. And at some point in the near future, customers will have a chance to get behind the wheel of this incredible machine and experience its astonishing power and driving performance”, said Toyota Gazoo Racing President, Shigeki Tomoyama. 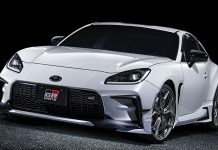 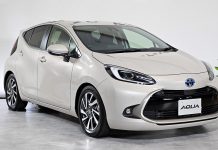