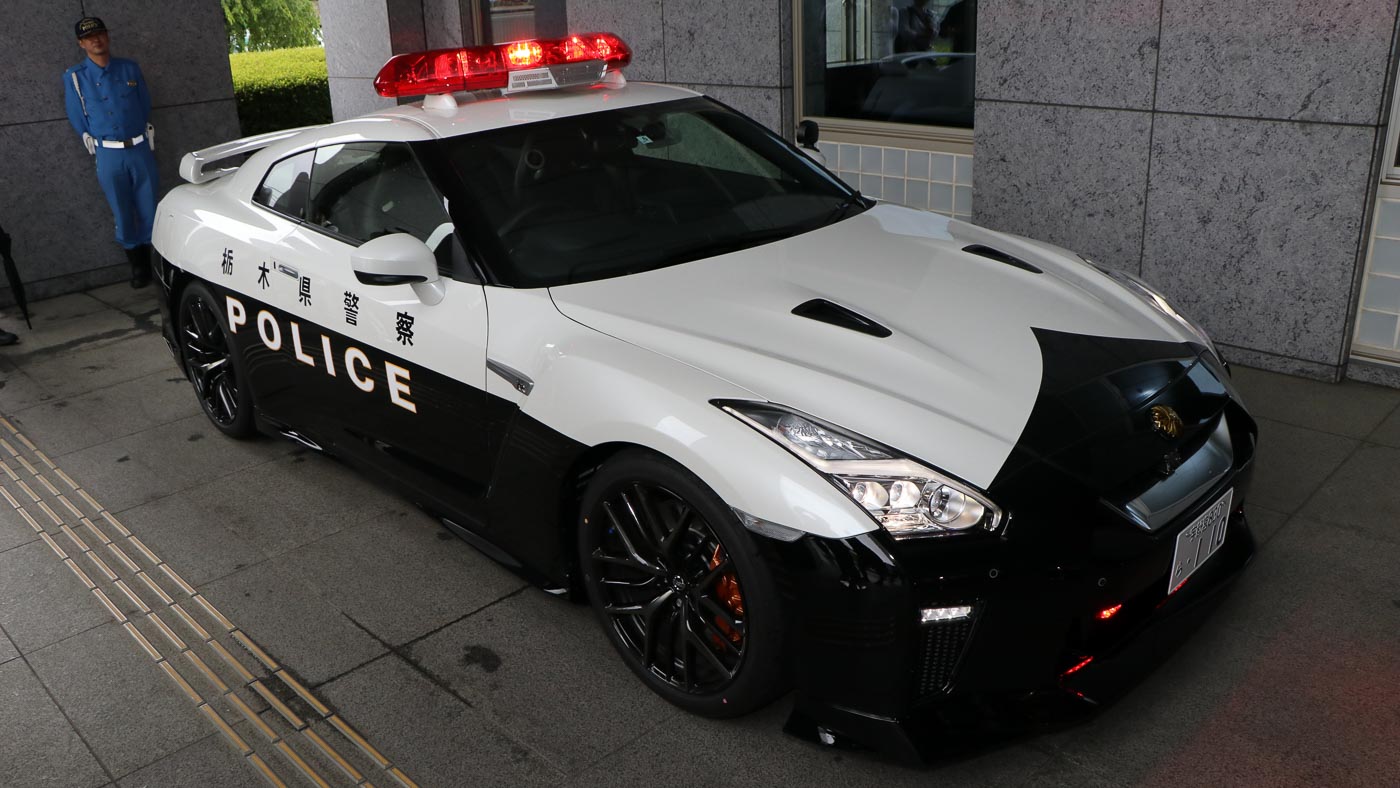 Speaking at the handover ceremony, Commander of Expressway Traffic Unit Tochigi Pref. Police, Masaki Tanaka commented that this GT-R is a donation from a local resident. Tanaka also said the police force is excited with the new patrol car joining the fleet and believes that the GT-R will promote traffic safety.

It is not clear which variant of GT-R was donated here but regardless it packs a hand-built VR38DETT 3.8-litre twin-turbo V6 churning out 570 hp and 637 Nm of twist. Drive is channelled to all four wheels via a six-speed dual clutch transmission. Century sprint takes just 3.3 seconds, let us not forget the mighty GT-R is also called the supercar killer.

Besides the panda livery, the patrol car also features other standard police equipment such as sirens and light bars. We can also assume the interior will feature additional equipment to aid the officers in their duties.

GM, General Affairs of Nissan Tochigi Plant, Takuma Ichikawa said this introduction of the first GT-R to serve the police force is a special occasion as the Tochigi plant is also celebrating its 50th anniversary this year. Ichikawa also hopes that the GT-R patrol car can help the locals, especially children to take interest in cars.