Home Features What is: Turbocharged Engines For the enthusiasts, it’s a euphoric drug that brings them (and their car) to another dimension. For manufacturers, it’s a “get out jail free card” from emission regulations. But what exactly is a turbocharger?

A turbocharger is a compressor that utilises a portion of the waste gases from the exhaust system to generate clean, compressed air through the turbine (pictured below) before it is channelled through the intercooler for cooling.

The cooled, compressed air is then channelled to the combustion chambers through the intake manifold with more dense air containing more oxygen, prompting a larger combustion thus creating more power.

This allows the original engine to produce more power without having to add more cylinders which ultimately reduces emissions and improve fuel economy (using less fuel for more power). For car manufacturers, the benefits are a more compact engine design with lower capacity, more powerful cars and lower emissions.

Turbocharging is not only found in high-performance sports cars to go blazingly fast but also in small capacity engines. Cars such as the Volkswagen Vento 1.2 TSI are only fitted with tiny 1.2-litre four-cylinder engines but thanks to turbocharging, it makes more power than its 1.6-litre equivalent at 104 hp and 175 Nm of torque as compared to the naturally aspirated 104 hp and 153 Nm.

Turbocharging also allows maximum power to come in at a much lower rev range like in the case of the Vento 1.2-litre TSI; it makes all the 175 Nm from 1,550 rpm while the 1.6-litre MPI engine gives you all its grunt only when the needle sips past 3,800 rpm. What do all these mean? Quicker off the line and addictive in-gear acceleration.

However, turbocharging is far from perfect. Because the engine is working “overtime” to produce more power than it normally would, heat build-up and engine longevity can be a concern. The best way to ensure that your turbocharged engine runs as it should for as long as it possibly can, here are some ways of keeping it in shape.

Use high-quality engine oils and have them changed regularly and on time. Good quality engine oil reduces the friction between the cylinders by keeping it well lubricated and can withstand higher operating temperature.

Engine oils in turbocharged engines tend to go through heat cycles more aggressively than normally aspirated engines which is why you should be stricter on the oil change interval to ensure the engine is running with good engine oil.

As turbocharged engines find its way to more and more mainstream vehicles, it is vital that you are aware of the technology you are buying into, understand the characteristics of your car and exercise the necessary preventive maintenance. Lastly, I will leave you with this “With Great Power Comes Great Responsibilities”. 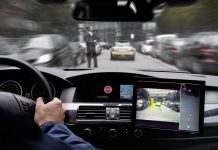