Volkswagen Tour kicks off this week with exclusive rebates on offer! Well what do we have here, BMW Malaysia has uploaded a single teaser image onto their official Facebook page and if our eyes are not fooling us, the silhouette points towards the brand’s new flagship luxury coupe, the BMW Concept 8 Series.

Now, the Concept 8 Series has not gone into production as initial testings are still underway, so if anything, BMW Malaysia will be bringing in the concept show car that was on display at the Concorso d’Eleganza Villa d’Este in May 2017. The company has asked Malaysians to save the date 22 February 2018 at Kuala Lumpur City Centre for the (presumable) unveiling of the Concept 8 Series here on local shores. To recap, when the Concept 8 Series goes into production, will be replacing the 6 Series Coupe and will go up against the likes of Mercedes-Benz’s S-Class Coupe. The firm has also confirmed that developments of a fire-breathing M8 and M8 GTE race car are currently underway.

On the outside, the Concept 8 Series did not take design lessons from the G12 7 Series but instead, builds upon the 6 Series Coupe’s existing design – only here it’s bigger, sleeker and more angular. Inside the concept car sports a driver-focused cabin architecture with sporty carbon fibre seats, iDrive Controller made from Swarovski glass and a centre console unlike anything in its current line up. The Bavarian giant has hinted that the new BMW 8 Series Coupe is slated for debut this year and with BMW Malaysia looking to display the concept car here in the capital of Malaysia, we may very well see the luxury flagship coupe make its official introduction in our the local market. Albeit, sometime in the future. 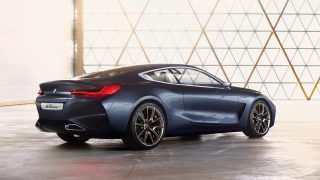 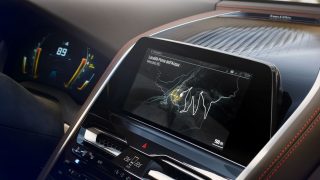 116
SHARES
Share it!Tweet it!Subscribe to our videos
Tags:8 seriesBMWBMW 8 SeriesBMW MalaysiaConcept Carcoupe
previous article
Honda Malaysia confirms airbag ruptured in a crash involving a 2004 Honda City
next article
Watch these Ford Performance models go all out against each other on track!