Home News When was the last time you checked your engine’s oil level? Maintaining a car is not as easy as refueling and washing it but the full magnitude of it extends beyond what you can see on the surface. Take the engine oil for example; without it, the components inside the engine has no way to function and move as fluidly as they should.

Older engines are a little trickier; they tend to gobble up engine oil consistently which as a result, requires your constant attention on the oil levels by checking it with the dipstick.

Lucky for us, the guys at Fifth Gear have taken the liberty to explain and illustrate on what it would be (and sound) like if your engine is drained completely of its lubricants.

Coincidentally, their test subject was one that we’re familiar with and can relate to – the Proton Wira. Watch the video in its entirety to understand briefly why your engine needs an optimum amount of oil to operate efficiently. We have been driving a lot less; does it mean we can save on servicing? 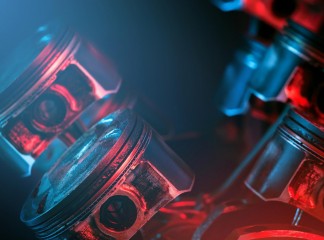