Hyundai Motor has officially announced its all-new Fuel Cell EV (FCEV) during a press conference at the 2018 Consumer Electronics Show (CES) in Las Vegas. The new FCEV will be officially called Nexo and will replace the outgoing ix35 Fuel Cell (Tucson Fuel Cell in some markets).

The eco-friendly vehicle will spearhead the brand’s growing portfolio of alternative energy vehicles and accelerate its development of low emission vehicles. The new Nexo boasts an all-new design, improved performance and driving range as well as autonomous driving technology.

The Nexo also benefits from increased driving range of 800 km from 590 km in the previous-gen FCEV. Thanks to an improved hydrogen storage system, the Nexo can be refuelled within five minutes – almost as quick as a conventional petrol pump.

Hyundai has also addressed the issue of extreme temperatures by subjecting the Nexo to temperatures ranging from -28 to 50 degrees Celsius. Even after overnight in the cold, the Nexo is capable of starting and can operate as per normal within 30 seconds – an industry-leading achievement.

The Nexo is also equipped with Hyundai’s latest Advanced Driver Assistance Systems which includes Blind-spot View Monitor that uses cameras to stitch a rear view of the vehicles blind spot and Remote Smart Parking that allows the car to autonomously park and retrieve itself from a parking space without a driver in the car.  Lane Follow Assist and Highway Driving Assist is also equipped on the Nexo

The Hyundai Nexo FCEV will go on sale in selected markets this year itself and is first of 18 eco-friendly models to hit global markets by 2025 according to a long-term plan by Hyundai Motor Group. 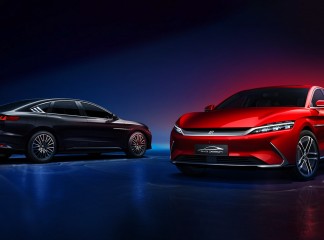 Like Apple, Huawei is also now rumoured to be making its own electric car