Home News BMW M3 30 Years American Edition, only one in the world! 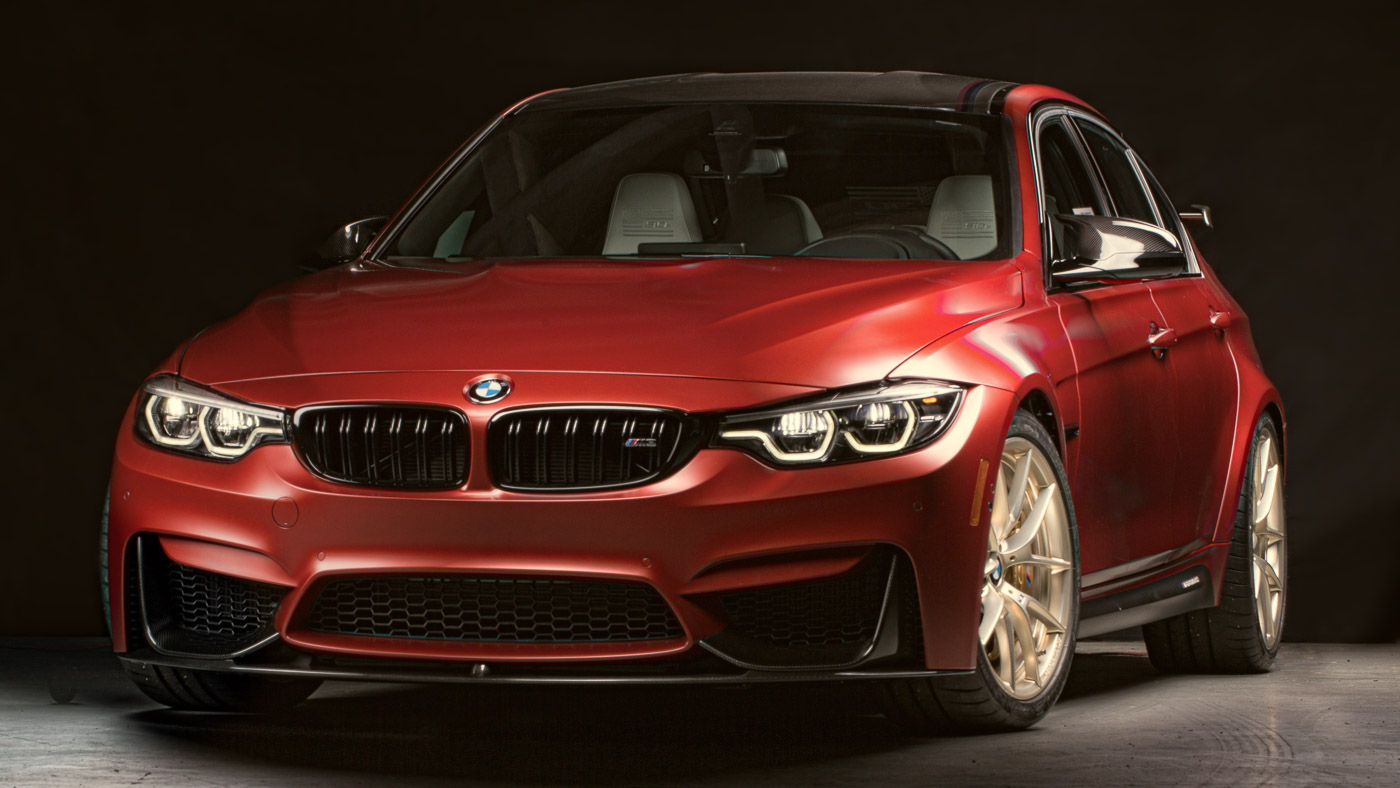 BMW has unveiled a one-of-a-kind BMW M3 30 Years American Edition to celebrate the 30th anniversary of the M3 on US soil. It gets a one-off design, all the M Performance parts checked and an American flag inspired interior theme.

Put together by BMW Group Designworks and BMW Individual, the unique M3’s exterior combination was inspired by its predecessors. The Frozen Red II Metallic paint job is a reminiscence of the iconic Henna Red colour scheme of the original M3 from the 1980s while the contrasting M Performance Golden light alloy wheels (19-inch front; 20-inch rear) were inspired by the M3 E30 Warsteiner DTM racing wheels. Wheels are matched with sticky Michelin Pilot Sport Cup 2 tyres.

Step inside the one-of-one M3 and you’ll find an Opal White Merino leather interior with Mugello Red Merino and Fjord Blue Merino accents – the three colours that make up the American flag. A 30th Anniversary graphic embroidery can be found on the seat’s backrest, interior trims and rear sun-shade. Other M Performance items on the interior include Alcantara and carbon trims with M-coloured stitching and a M Performance shift knob.

The M3 30 Years American Edition was based on the M3 Competition Pack therefore it gets the uprated 3.0-litre turbocharged in-line six that pushes out 450 hp. Drive is sent to the rear wheels via a six-speed manual gearbox. Century sprint is clocked in 4.1 seconds.

Only one lucky customer will be able to call this BMW M3 30 Years American Edition his or her own. The car will be on display at the 2017 SEMA Show in Las Vegas and will be available for purchase after the show.