Home News This is one of the most tastefully modified NSX we’ve seen in... 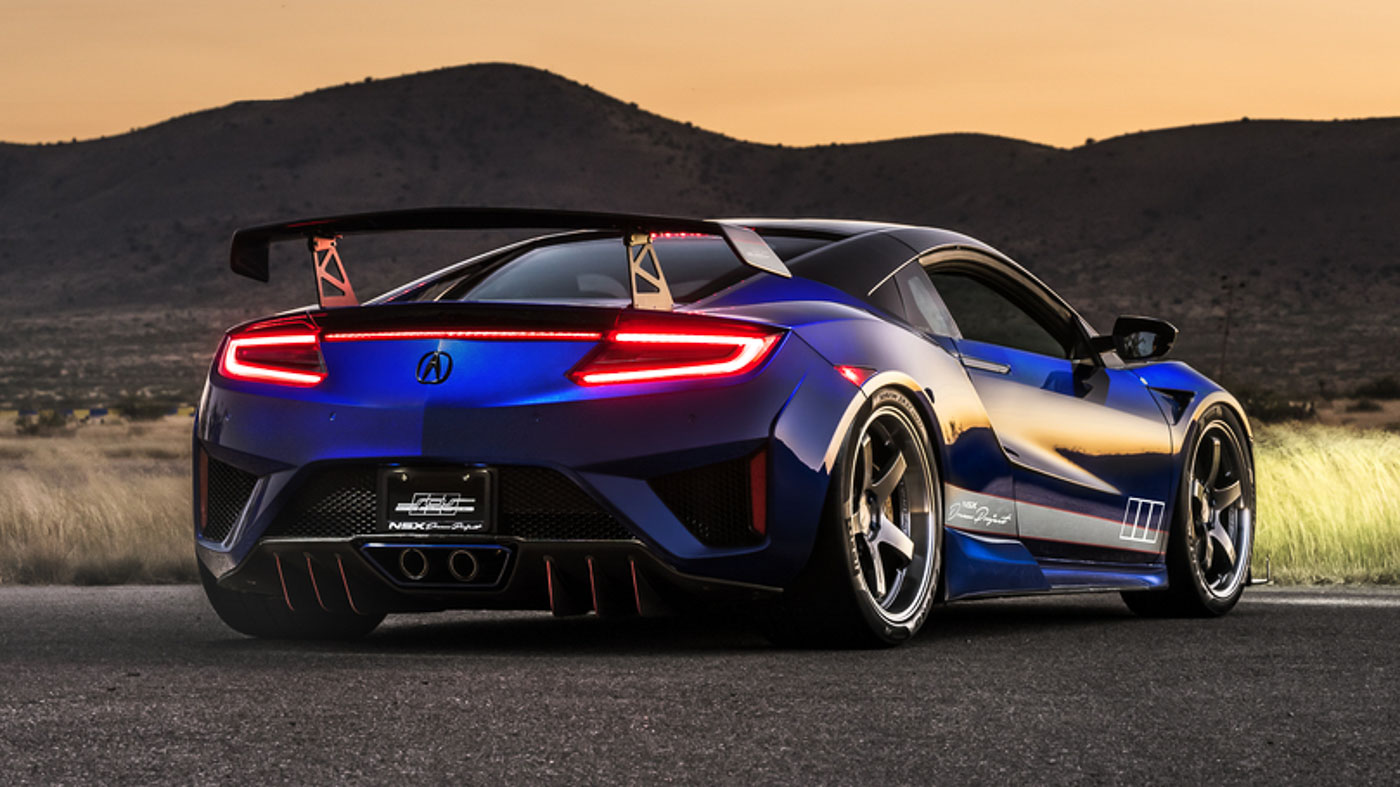 At this year’s SEMA show, which happens to begin today, Acura has teamed up with a tuning firm called Science of Speed to create and display what they call the “Dream Project” Acura NSX.

It’s been given a GT3-inspired looks without looking over the top and we absolutely love it!

The hybrid supercar’s output has been massaged to 610 hp with 687 Nm of torque, an increase of around 30 hp and 40 Nm from the standard version – contributed by liquid injection for the intercoolers and freer-flowing high-performance downpipes and exhaust.

On the outside, its been given a more aggresive GT3-like exterior with aero ducts on its new front splitter, a massive rear wing and a new rear diffuser.

The Dream Project sits on a lowering kit and an iLIFT system which uses sensors to automatically increase the front of the car by two inches to avoid obstacles like speed bumps.

The exterior is otherwise finished with a set of 20/21-inch forged Advan GT wheels wrapped in Pirelli Trofeo R tyres and a striking Nouvelle Blue paint.

On the inside, the Recaro Pole Position full bucket wrapped in black leather and blue accents steal the show – as is the theme for the most part of the interior including the dashboard and door panels.