Missed the chance of owning what is possibly the greatest 911 in the market? Couldn’t afford to pay the astronomical asking price of the used car market? Stuttgart is tending to your grief by revealing the Porsche 911 GT3 Touring Package!

This 911 GT3 with the Touring Package, which made it debut at the ongoing Frankfurt Motor Show, is a toned down variant of the 911 GT3. For starters, the subtle looking engine cover with black mesh grille takes over from the high rear wing of the regular GT3.  The bumpers, wheel arches, and the forged alloy-wheels are carry overs from the aforementioned model as well.

Just like its exterior, the performance is untouched. The 4.0-litre flat-six here makes 500 hp and 460 Nm of torque; enabling it to complete the century sprint in just 3.9 seconds with a top speed of 314 km/h. It also shares the rear-wheel-steering system, a torque vectoring limited-slip differential, suspension and chassis settings with the 911 GT3. Drive is sent to the rear through a six-speed manual transmission.

Notice its similarities with the 911 R? This is, after all, Stuttgart’s answer to unscrupulous owners of the 911 R who are flipping their cars with exorbitant pricing! Regardless, it’s good news for the masses as the Porsche 911 GT3 with Touring Package is not a limited edition model and Porsche will build it as long there’s demand. At $143,600 (approximately RM604k) a pop, it’s also actually cheaper than the standard 911 GT3. 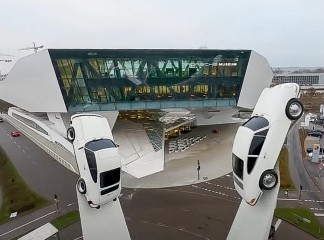