Today, dozens of countries have deployed fleets of supercars for their police force in efforts to keep up with and nab the highway baddies and our beloved country isn’t excluded – we have the Mitsubishi Evolution X, although it’s uncertain what has happened to them of late.

It should be some amusement for you to know that it’s not an uncommon practise, dating back to the early 1960’s in the Netherlands. Back then, the absence of speed limits on Dutch highways saw a worrying spike in serious accidents and the Rijkspolitie (Dutch Police Force) was tasked with finding the right vehicle for high speed patrol.

The requirements were simple – it had to be reliable, handled well, stops effectively and lastly, it had to have an open top. Being just as surprised as you are on that last point, there reason for it was totally legit – it was so that officers could stand up in their cars and direct traffic – presumably on the go!

It wasn’t long before the Rijkspolitie’s yard was filled with the understated Porsche 356 which made a watertight case with its balance of performance, reliability and of course, its cabriolet capabilities.

From 1962 to 1966, the Rijkspolitie established themselves as no-nonsense highway patrols with trademark orange and white livery on the 356’s alongside blue flashing lights on it’s A-pillar.

In 1967, the Dutch Police Force got on the 911 Targa wagon and they remained a permanent fixture of Dutch policing until 1996. With a total of 507 Porsches, including the 914, 924 and 964 models, doned the orange and white, it’s historically the largest Porsche police fleet in the world.

The all-new Porsche 911 Turbo is quicker than the previous Turbo S!

Gallery: Porsche 911 Speedster – A perfect send-off to the 991 generation 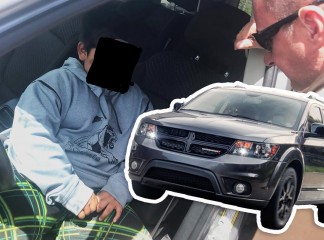