Let’s face it, consumers of the 21st century are more aesthetically driven than ever. The same theory applies when shopping for a transporter. A car’s design life span generally lasts seven to nine years with a facelift or two in between hence, if a car is just introduced to the market, rest assured the design is going to stick around for a while.

However, in an increasingly competitive market, manufacturers are slowly shortening the car(s) lifecycle to introduce more edgy and futuristic designs in hopes to outdo their competitors. Hyundai Motor Group is planning to take it to the next level by shortening the time from drawing boards to production in half according to Automotive News.

Senior Vice President of Design at Hyundai and Genesis, Luc Donckerwolke is confident that the group can shorten the design time from the current three years to just one and a half. Allowing Hyundai and Genesis to introduce Full Model Change (FMC) much quicker than before.

To achieve this monumental task, Hyundai has injected US$67 million (RM287 million) into a new design centre covering 330,000 square feet. Equipped with state of the art design equipment, Donckerwolke expects to shave 30 percent off the current design time within the next 18 months.

Despite the two brands sharing the same design studio, Vice President for Design at Hyundai and Genesis, Lee SangYup assures that the design teams will have their own enclosed workspace, ensuring that the designs are mutually exclusive. At Hyundai, the first model to embark on a new design language will be the new B-Segment Compact Crossover, the Kona while Genesis will unveil their new design direction in September with the new G70 sedan. 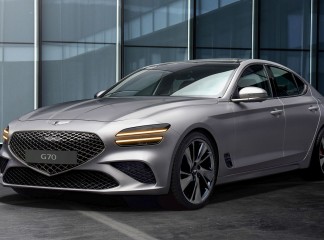