It’s been just one week since the fifth-generation Honda CR-V made its official Malaysian debut, and already Honda Malaysia has sold 1,400 units of the SUV, which is twice their monthly sales target.

Among the four variants introduced, the top spec 1.5L Turbocharged Premium proved to be the most popular, accounting for 40 percent of the total sales. The 1.5L Turbocharged 2WD follows closely behind at 31 percent, whereas the 2.0L 2WD stood at 20 percent.

Interestingly, the 1.5L 4WD is the least popular with just 9 percent. The trend is even more startling for the East Malaysian market, with 38 percent of customers going for the 1.5L Turbocharged Premium.

In terms of colour choice, about 30 percent of customers opted for the Lunar Silver Metallic, while the White Orchid Pearl closed in at 27 percent.

According to Honda Malaysia, the waiting period for the CR-V should not go beyond two months and the production plant is in full steam to cope with the demand. They have also pledged to deliver the cars by September for the early adopters.

Ever wonder what all the hype about Honda Sensing is about? Read all about it here! 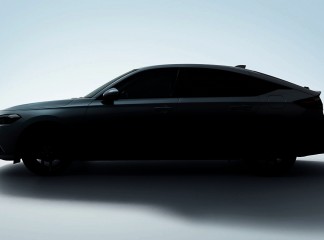