Home News The Volvo S90 is the first China-made car to be exported to... Volvo Cars, fully owned by Zhejiang Geely Holding Group, has become the first carmaker in the world to export China-made vehicles to Europe. The first model exported to Zeebrugge, Belgium will be an S90 saloon, built in Volvo’s Daqing plant in China.

Using the recently opened China-Europe railway link, this route cuts down transport time from China to Europe by two thirds compared to the conventional naval route. The railway link also reduces CO2 emissions by one third, given the same distance compared to cargo ships. Trains will depart from China once a week but frequency will increase with demand. The first S90 saloon is scheduled to arrive in Zeebrugge on 31 May 2017.

After acquiring the Swedish marque in 2009, Geely set up three Volvo assembly plants in China – Luqiao for 40-series models, Chengdu for 60-series models and Daqing for 90-series models. This is in line with the company’s plans to have China as its global manufacturing and export hub for new Volvos in the US, Europe and Asia Pacific.

In 2015, Volvo delivered its first China-made S60 to the US, making them the first Western premium carmaker to do so. In April this year, Volvo also announced that they will be producing a full electric vehicle in China. After the acquisition, Geely successfully revitalised the Volvo brand on a global level.

Even more recently, Proton’s new foreign strategic partner, Geely Auto acquired 49.9 percent equity and a controlling stake of 51 percent in British sports car maker Lotus. Based on the success stories of Geely with Volvo, London Taxi and the upcoming Lynk & Co, will Proton and Lotus be part of Geely’s vibrant portfolio? Only time will tell. 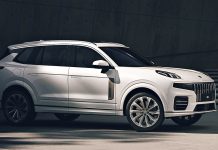 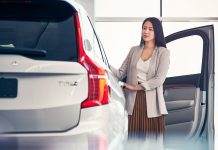