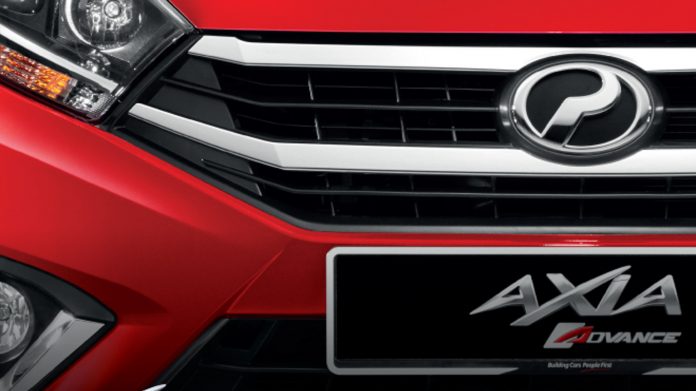 Ah, finally something many of us can look forward to this year. Perodua’s littlest darling, the Axia, will be given a midlife update soon. It’s open for booking and will be receiving the updated engine (more powerful and fuel efficient) shared with its sedan sibling, the Perodua Bezza.

Like before, the new Axia will be offered in four trims: Standard E, Standard G, SE and Advance. All variants will wear a redesigned front grille, and this time around, projector headlights will be standard across the range!

Interior changes are dependant on the trim, but Perodua says the Standard G now comes with USB port. Meanwhile, the Push-Start Button, smart entry with smart key, updated instrument cluster and multimedia system with ‘Smart Link’ (for android only) are exclusive to the SE and Advance.

The Lemongrass Green and Cherry Blossom colours have both been dropped. Replacing these colours are Solid Sunflower Yellow and Metallic Lava Red, both of which were previously exclusive to the SE and Advance.

Gone is the Toyota-sourced 1KR-DE engine, only to be replaced by an updated engine with Variable Valve Timing with intelligence (VVT-I). This improves fuel consumption by 0.9km/L, and the Axia is now capable of doing 22.5 km/L in eco mode. In case you’re wondering, yes, it’s the same three-cylinder engine powering the Bezza. Power and torque are up – albeit slightly – to 67 hp and 91 Nm of torque.

The Perodua Axia is the country’s first Energy Efficient Vehicle (EEV) and proved to be a pivotal model for Perodua since its launch. Look out for the launch of the facelifted Axia in the days to come!