Right after teasing us with some pictures last month, Honda finally took the wraps off the updated City in Thailand. The B-segment sedan has received a few notable nip-and-tuck updates, with the most prominent change being its fascia.

New to the fourth-generation City is a redesigned front and rear bumper, new alloy wheels, as well as a segment-first full LED headlamps. Even the fog lamps are LEDs, just like the Civic! There’s also a mildly restyled chrome grille with LED DRLs offered as standard across all variants in Thailand. The cabin now gets gunmetal accents for the centre console and seats. 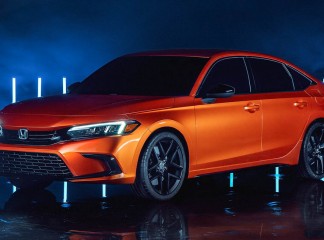 The all-new Honda Civic Prototype is the most European-looking Civic ever!