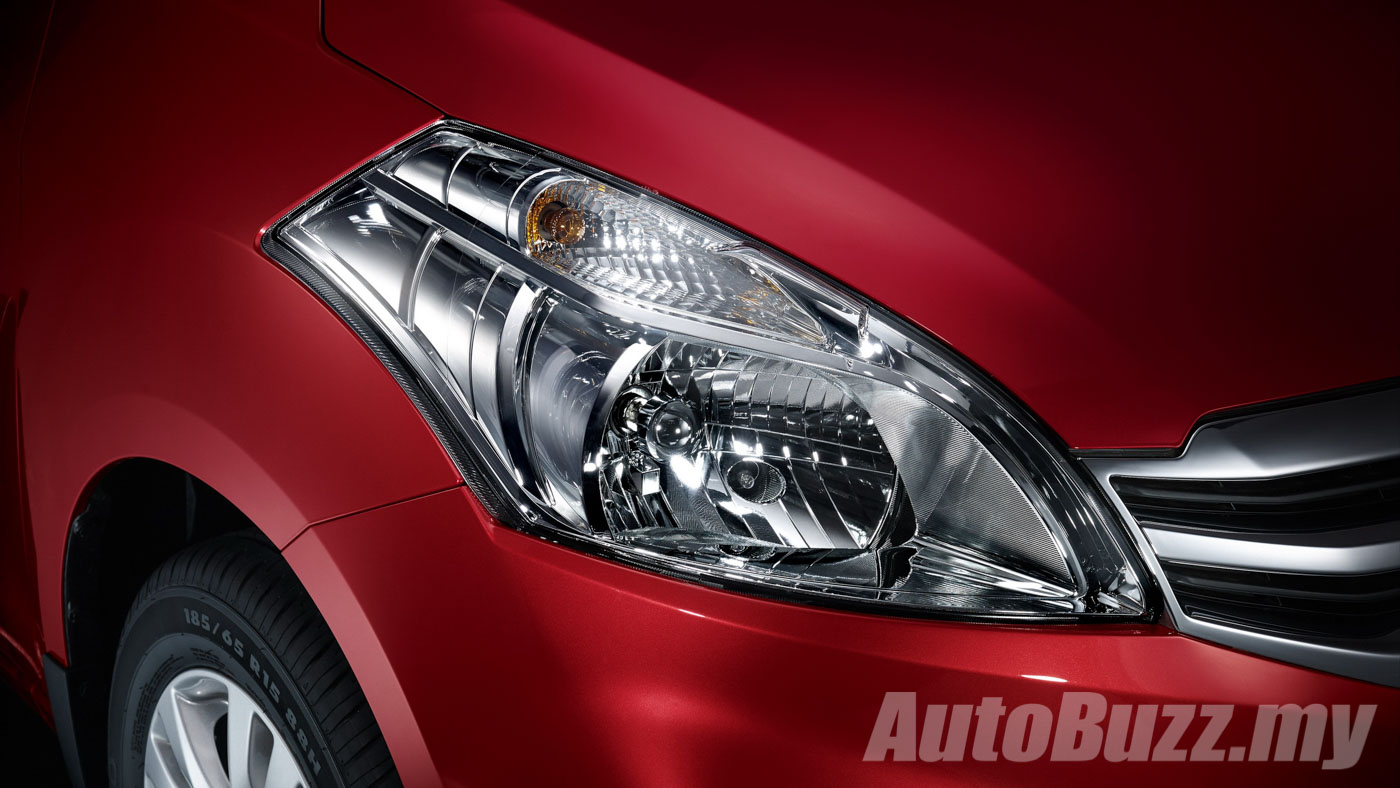 Never in the history of Proton Holdings Sdn Bhd that four brand new cars are launched in a single year. This year, for the fourth time in less than six months, we were invited to the company’s private test track to sample yet another new car called the Proton Ertiga.

It’s not an all-new car, nor is it the successor to the Exora, but rather a rebadged MPV sold in our neighbouring countries as – you’ve guessed it – the Suzuki Ertiga. The Proton Ertiga is based on the facelifted version of Suzuki’s B-Segment MPV, which means it gets a redesigned front bumper and a new chromed grille. All these cosmetic changes are done by Suzuki, or in other words, not a single thing on the Proton Ertiga is developed by Proton.

Yep, not aesthetically and not mechanically either, because that’s all part of the deal signed by Proton and Suzuki last year. Instead, Proton engineers will only begin tweaking the Ertiga in the later stages, although no details of this have been revealed as yet.

At the heart of the Ertiga is a Suzuki K14B engine – a 1.4-litre naturally aspirated four-cylinder petrol capable of producing 95 horsepower at 6,000 rpm and 130 Nm of torque at 4,000 rpm. It’s the same engine powering the third-generation Suzuki Swift, except here it’s tasked with lugging around a sub-1,200kg six-seater MPV around. Power is sent to the front wheels through a choice of five-speed manual or four-speed automatic transmissions. Interestingly, the Ertiga is the first ever Proton car to earn the EEV status.

Off the line, the Ertiga’s puny engine punches surprisingly well, even with five moderately large occupants (between 65kg to 85kg) in the car. The four-speed auto, as archaic as it may seem, is suitably geared for daily driving around town. It accelerates briskly and should face no troubles getting up to speed, much less overtake distracted drivers. There is of course the want for more power, but the other cars in its class aren’t that much capable either.

The smooth automatic transmission will definitely account for the bulk of sales, but those who don’t mind rowing their own gears should find the extra foot paddle far more liveable than the thought suggests. The clutch is completely mechanical (not hydraulic like the Persona and Iriz’s mushy clutch) and feels pleasantly springy, yet effortless at the same time, even for the most demanding balik kampung journey. Okay, maybe that was a little subjective, but it certainly is one of the more enjoyable manual transmissions I’ve tested in the segment.

But of course, the biggest reason anyone would consider buying the Ertiga is to ferry friends and family. It’s marketed strictly as a six seater because there are only six seat belts in the car. Now, although the Ertiga is built atop a B-Segment platform, the wheelbase is actually 10mm longer than the Proton Exora (2,740mm vs the Exora’s 2,730mm wheelbase). The direct consequence of this is that the third row seats are far more conducive to be in, and legroom can be expanded by a fair margin thanks to the sliding (up to 240mm!) second row seats. In short, it will seat six individuals rather comfortably, so long as you’re no taller than 180cm.

There is one caveat, though. When fully loaded, occupants in the third row seats will be subjected to more discomfort, but the cause of this is mostly mechanical. The rear axle is managed by a torsion beam setup which, by nature of application, rebounds pretty harshly on poor road surfaces. Damping falls a tad short of expectation; the Ertiga isn’t as proficient in absorbing road undulations as the usual crop of Proton’s produce, and body roll also becomes apparent when too much speed is carried into the corner. If there’s one thing we can count on Proton to work their magic on, it would be suspension tuning, without a doubt.

For those who find the Exora’s asking price a tad too steep, this is a worthy alternative, even to those who are torn between that and the Alza. The Ertiga’s 1.4-litre engine is pretty frugal as well, consuming 5.7 litres of fuel per 100km (for the manual; auto variants do 6.0L/100km). It has a 4-Star ASEAN NCAP crash safety rating, and additional creature comforts include dual 12V sockets and rear air conditioning vents with a three-step blower speed.

Lastly, you can have your Ertiga in four exterior shades – Solid White, Carnelian Brown, Fluorite Silver and Ruby Red Metallic, as seen in the pictures here. It will be launched by the end of the month, and with it the pricing for all three variants. All in, as an affordable MPV, I think the Proton Ertiga will appeal to those who are in the market for a small but comfortable family car. If you’re already eyeing the Toyota Sienta or Honda BR-V, we definitely recommend taking a quick peek at the Ertiga.