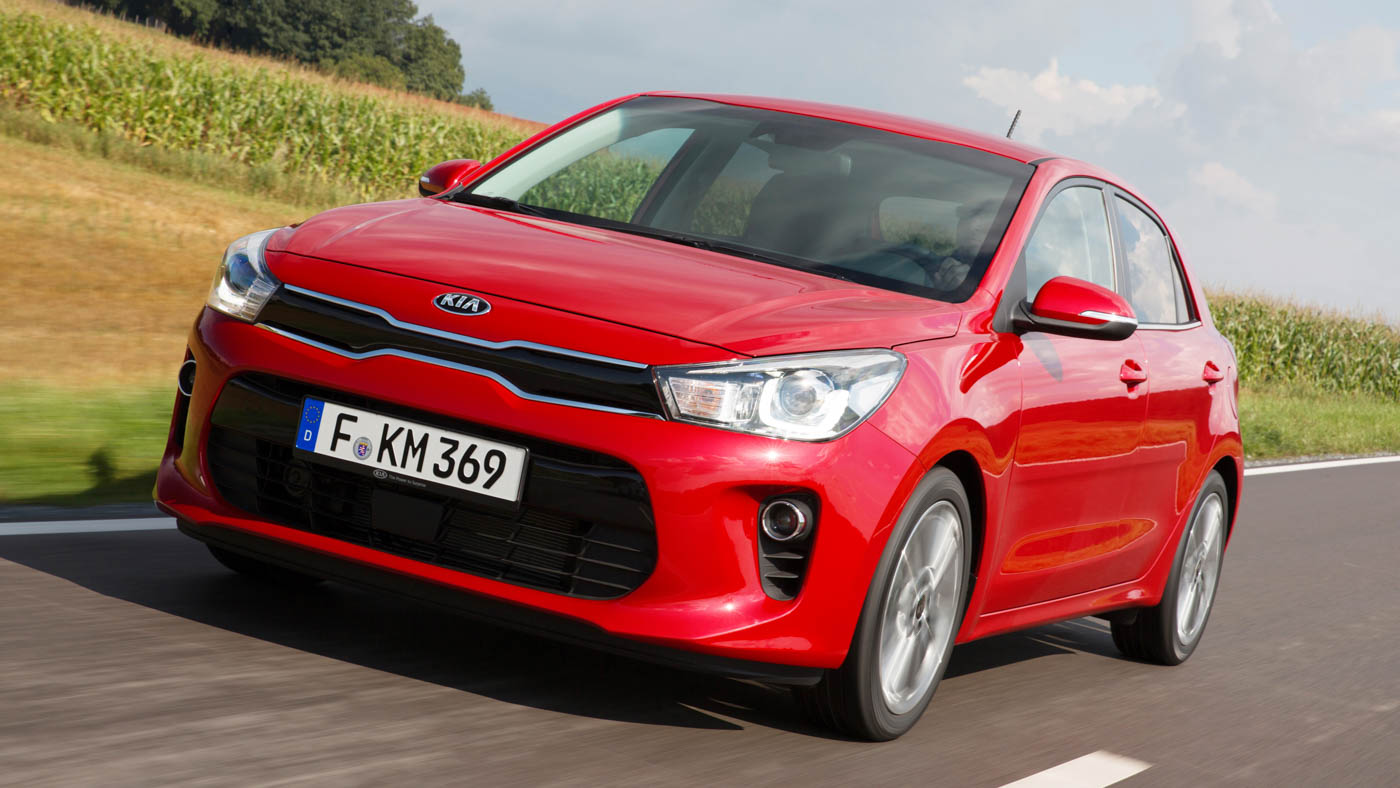 Shortly after Kia revealed the official pics of the fourth-generation Kia Rio, the Korean carmaker released the full specification of their global best-selling model. The new Kia Rio will make its global debut at the 2016 Paris Motor Show come 29 September.

Launched back in 2011, the third-generation was years ahead of its competition. Fast forward today, the statement remains true. However, Kia is not letting the advantage get the better of them. With the new Rio, Kia has yet again set another benchmark in the B-segment hatchback category.

At the front, the Rio now wears Kia’s latest “tiger-nose” grille that is now slimmer and wider. The grille stretches all the way to the new bi-function headlights with U-shaped integrated LED daytime running lights. The bonnet and bumper are reshaped to give the Rio a much more dynamic appearance.

Moving to the rear section of the Rio, a pair of arrow shaped LED tail lamps can be found with a strong line sculpture connecting the two tail lamps. From the rear, the Rio now wears a sportier design. Three different alloy designs can be had, ranging from 15- to 17-inches in size.

Thanks to its slightly longer wheelbase and length, the new Rio is now much roomier. Leg room, shoulder room and headroom have all grown compared to the outgoing model. The boot space has also increased by 37 litres to 325 litres, making it one of the biggest in its class. The fuel tank has also increased marginally to 45 litres, up 2 litres from before.

The interior of the Rio takes styling cues from its other siblings in the Kia family. Familiar buttons and instrument displays can be found everywhere in the Rio’s premium looking cabin.  A stand out feature of the interior is a floating human-machine interface (HMI) infotainment display. Buyers can opt for either a more conventional 5.0-inch touchscreen system or a 7.0-inch system equipped with Kia Connected Services powered by TomTom® as well as Android Auto™ and Apple CarPlay™.

Kia Connected Services is an integrated navigation package that displays live traffic updates, speed camera locations, weather forecast and local point-of-interest search, However, this service is only limited to the European market.

Kia has gone all out to keep the Rio ahead of the competition by introducing an arsenal of conveniences. Equipment such as keyless entry, push start ignition, heated seats and steering wheel, rain-sensing wipers, automatic headlamps are all carried forward from the previous model. On top of that, Automatic Cruise Control with speed limiter and Rear Park Assist with rear view camera are new to the Rio.

As expected from Kia, the Rio is class leading in the safety department. The Rio is fitted as standard with Vehicle Stability Management (VSM), Electronic Stability Control (ESC), six airbags and ISOFIX anchor points. An optional Advanced Driver Assistance Systems (ADAS) package adds on Autonomous Emergency Braking (AEB) and Land Departure Warning System, a first in the B-segment.The engines are mated to either a manual or auto transmission to drive the front wheels. To allow the Rio for a more dynamic drive, the Rio rides on fully-independent MacPherson strut front suspension and a torsion beam rear axle. The front and rear axle are strengthened with subtle suspension modification to provide better high-speed stability yet maintain an overall comfortable ride.

With its extensive equipment list, Kia has once again proved that a compact car does not need to skim on equipment. We can expect Naza Kia to introduce the fourth-generation Kia Rio in our market in due course. For now, the European market gets first dibs in the first quarter of 2017.