Home News 2016 Honda Civic Hatchback unveiled, but it won’t be coming to Malaysia 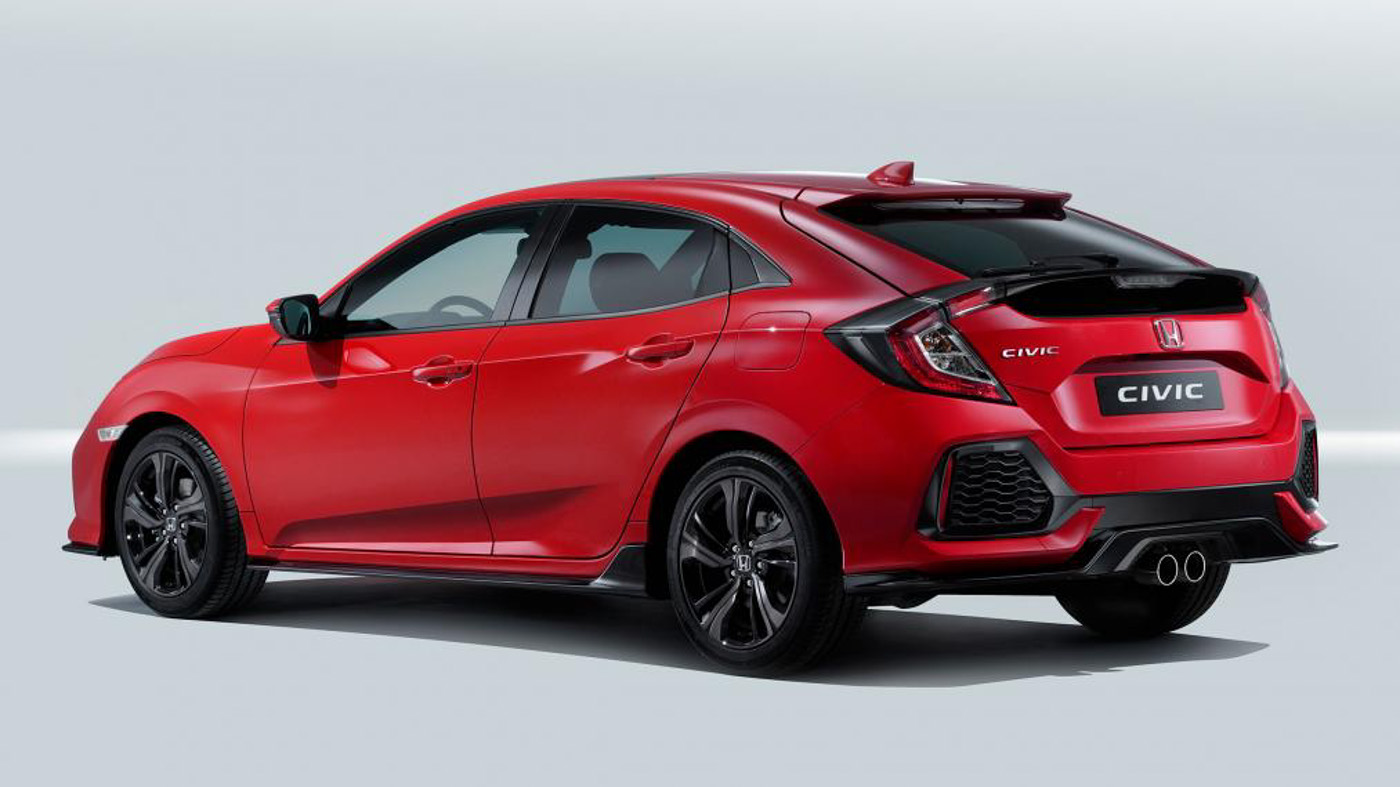 Here is it, the new Honda Civic hatchback unveiled prior to its showcase at the Paris Motor Show. This 10th-generation hatchback marks Honda’s resurgence in the European market of small family hatches, particularly against increasingly strong Korean contenders.

The new Civic hatchback is 4,497mm long, 1,800mm wide and 1,421mm tall. The wheelbase is identical to the sedan – 2,700mm. Essentially, it’s longer, wider, lower, and bigger than the one it replaces. The new model has 52 percent greater torsional stiffness than the old model, with weight down by 16kg.

Thanks to the longer wheelbase, interior space is now roomier despite the lower roofline. Honda’s Magic Seats have been removed to make way for the usual 60/40 rear seat split. Anyhow, that’s not a big miss considered the hatch’s impressive boot space of 478 litres. The 7-inch head unit also supports Apple CarPlay and Android Auto.

The 1.5-litre four-cylinder turbocharged engine will be featured in this new Civic, but it is tuned to make 9 hp more than what we have. However, Honda predicts its 123 hp 1.0-litre three-cylinder turbo will account for the bulk of sales. Regardless, both engines are mated to either a six-speed manual or a seven-speed CVT. The 118 hp 1.6-litre i-DTEC diesel option will be available with a new nine-speed automatic transmission when it’s ready.

Catering to the demanding European drivers is an improved drive for the new Civic. The torsion beam setup at the back has been removed to make way for an independent multilink setup as part of a revised suspension package for the new Civic.

The new Civic hatchback will be joined by an all-new Civic Tourer wagon and the hotter Type-R hot hatch. The latter is still in development and may arrive earliest by late 2017.