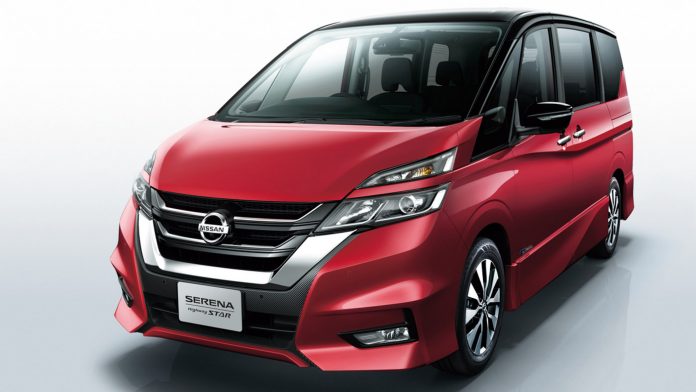 Nissan has launched the all-new fifth generation Nissan Serena MPV, and the Japanese company has decided to hop onto autonomous technology. With this, the Serena now comes with ProPILOT technology.

The fifth-generation Serena has much sharper visuals, with the front sporting the familiar two-tier headlights seen on its predecessor. Nissan’s signature V-Motion grille is also visible at the front. The D-pillars are hidden, giving it that spacious vibe even when it’s on the move.

Speaking about the interior, the dashboard has been redesigned with an infotainment touchscreen that is positioned at the centre console. The zero gravity seats from the Nissan Teana is also offered in the new Serena’s first and second row seats, offering additional comfort for occupants.

Not much information has been revealed on the powertrain, but Nissan confirmed that the S-Hybrid unit will be retained, albeit slightly improved. Expect the similar 2.0-litre MR20DD four-cylinder twin-CVTC outputting 144 hp and 210 Nm of torque (same as the current Serena S-Hybrid) offered by Edaran Tan Chong Motors Malaysia.

The petrol lump works together with the ECO electric motor that assists acceleration and operates the Idling Stop System. Part of its effort to improve fuel economy is also the  Xtronic CVT gearbox as well.

However, the new Serena’s party trick is Nissan’s all new autonomous drive technology, ProPILOT. The system automatically engages the accelerator, brakes, and steering when driving on the highway, in both heavy and flowing traffic. Safety features are decent as it’s equipped with Nissan’s emergency braking system, Lane Departure Warning, Around View Monitor and Smart Rearview Mirror, as well as Intelligent Park Assist.

Order books for the new Serena MPV in Japan will be opened by the end of August 2016, with the base pricing beginning at ￥3 million (approximately RM114k+ based on today’s rates). Back at home, ETCM offers the fourth-generation Serena S-Hybrid from RM132,978.59.