Believe it or not, it’s been 10 years since the first ever Audi R8 was introduced. For many of us, the second generation model didn’t quite reverberate the immediate jaw dropping allure its predecessor enjoyed (which went on to find over 50,000 new homes globally), much less leave us wondering if Audi has indeed ran out of tricks up its sleeves.

That doesn’t mean that the R8 lacks the credentials to be a true supercar though, because mechanically, the R8 improved tremendously. Back then, a V8 and V10 engine – both naturally aspirated – could be had, along with a six-speed manual or a seven-speed twin clutch automatic. The Four Rings have done away with the 4.2-litre eight cylinder mill, and they also will not be offering it with a stick and three pedals. Why? Because there was no demand for it, and less than 10 percent of the first-gen R8 sold were manuals. Actually, much less than that.

Although it may not look the part, Audi’s top dog has gone through quite an overhaul to better its predecessor in all supercar aspects. It is now marginally wider, sits lower to the ground and is longer than before as well. At the core of this car is the same Audi Space Frame, a more rigid (40 percent better rigidity) but featherweight 200kg hybrid monocoque comprised of aluminium and carbon fibre reinforced plastic (CFRP).

On the outside, the second-generation R8 gets more cut lines than soft curves, a physical trait shared with the new TT and A4. Granted, it loses some of the original appeal penned by Walter de Silva, but there’s still no mistaking it for anything but an R8. Audi’s signature Singleframe grille and LED headlights come as standard – the latter can be upgraded to laser lights which doubles the high-beam range. The R8 V10 Plus we sampled came with it, as identified by the embossment by the side of the headlamps.

Exclusive to the R8 V10 Plus is the gloss carbon fibre exterior finishing. Components such as the side blades, side mirrors, rear diffuser and fixed rear wing are all made of solid carbon fibre, and together they make for a telling message that screams catch me if you can. The wheels fitted here measure in at 20-inches, wrapped by 245/30 series tyres up front and wider 305/30 profiles at the back. In the regular V10, the wheels are one inch down and carbon ceramic brakes aren’t available, which is standard on the Plus variant. Both however, can be optioned.

If there’s one thing you can consistently count on Audi to get right is the interior. Just like the award-winning Audi TT, the R8 now comes with a 12.3-inch fully digital instrument binnacle called the Audi Virtual Cockpit. The dashboard is now free of clickety clutter, and all controls have been shifted to the steering wheel, MMI controls in the centre tunnel and the trio of knobs below the air conditioning vents.

Our test unit had both the carbon fibre sports seats wrapped in premium quilted leather, and this can be personalised to your taste through Audi’s comprehensive list of Genuine Accessories. Whatever you do, just promise us you’ll have yours with quilted seats. The leather wrapped steering wheel houses a multitude of functionalities, including push-start button, Audi Drive Select, exhaust characteristic, performance mode (the button with the chequered flag) and all main controls for the Virtual Cockpit. If the amount of controls scare you, don’t worry, it gets easier after just an hour of fiddling.

Resting snugly beneath the rear glass panel is a naturally aspirated 40-valve V10 engine displacing 5,204cc. In standard tune, the odd-firing dry sump engine makes 540 horsepower and 540 Nm of torque, numbers that are good for a 3.5-second century sprint. The Plus variant on the other hand, gets massaged to put out an additional 70 horses, bringing it up to 610 hp and 560 Nm of torque. It’s quicker off the line too, taking just 3.2 seconds for the speedo needle to reach the magic 100km/h mark.

They both rev all the way up to a hair-splitting 8,700 rpm, and nothing else sounds quite like it. All R8s are four-wheel drive (quattro), and power is sent to the wheels through an all-new fast shifting seven-speed dual clutch automatic gearbox. Designing this ‘box was a challenge because it had to be more compact. But all that effort proved worthwhile because Audi gave birth to a rapid firing transmission (120 milliseconds a shift, less in Performance Mode), also thanks to use of clever computers and fast processors.

Numbers aside, the R8 V10 rides on full aluminium double wishbone suspension, but on the Plus variant they’re tuned to be more sporty and damping is electromagnetically managed (Audi Magnetic Ride). Damping is facilitated by Audi Drive Select, comprising Comfort, Auto, Dynamic and Individual drive modes. Opt for the V10 Plus and you’ll get three additional drive modes courtesy of the exclusive Performance Mode – Dry, Wet and Snow.

Of course, each drive mode alters engine, transmission and damping levels. As any adrenaline junkies will tell you, the secret formula to achieving maximum adrenaline rush is to flick the drive mode into Dynamic, activate Performance Mode, select Dry, then press on the exhaust button. And now we’re all set.

Putting the R8 through its paces around a private 2.2km track was all the convincing I needed to appropriately shower the R8 with unadulterated respect. The Neckarsulm assembled mid-engined monster slams you well into your seat as soon as you hit the throttle, and after just a couple of straights I began to realise the significance of its raison d’être.

If you’re all about the speed, then the 610 hp + quattro formula is more than the perfect equation for your average traffic light drag race, because those who buy the R8 for that purpose wouldn’t know just how reassuring Audi’s proprietary all-wheel drive system helps in taming the beast. The electrohydraulically activated multi-plate clutch is able to direct 100 percent of power to either axles, making cornering just as enthralling as it is quick. If you expect to drift an R8, don’t bother trying. Quattro’s all about the lap time.

In full Dynamic and Performance mode, the R8 V10 Plus is an ever-ready track muncher that drives like its on rails. But what about sending the wife to work, or a weekend getaway with the husband to his favourite countryside golf course? Well, the trunk is more than able to accommodate a few suitcases and a duffle backpack, but you’ve got to rent those clubs at the driving range, unless you plan to tow a caddy (or 10, because it can) the way through.

Speaking of golf course, the Neuburg track is situated right next to one, and the last thing golfers want is the howling V10 buzz interrupting their weekly swinging fiesta. To preserve peace, Audi had to install a special, quieter exhaust system without risking power loss, or so we’re told. The greater irony is the airspace above is constantly abuzz with jet planes on routined flight tests. But none of those mattered because even with the special exhausts, the V10 soundtrack proved to be worthy of a national anthem.

Supercars these days are hardly built for a singular purpose. Unlike the R32 Skyline and McLaren F1 of yesteryear, modern Ferraris and Lamborghinis are engineered to be more manageable and liveable on a day-to-day basis – the R8 included. So how does the R8 fare as an everyday supercar?

When you’re in Comfort Mode, all of the R8’s illustrious roar gets nullified, and the cabin feels just as quiet and well-insulated as other Audis, albeit with a hint of that exhaust note. The magnetically adjustable suspension softens to provide a decently supple ride, and the engine’s cylinder deactivation feature (Cylinder On Demand or COD) shuts off a row of cylinders, effectively making it a 2.6-litre inline-five engine. This works only at low engine loads and when you’re cruising from fourth gear and above, though.

There’s little to dislike about the Stark machine, really. Audi Malaysia has confirmed that the 540 horsepower V10 variant is on its way to Malaysia, but we’re still in the dark as to whether or not the V10 Plus will be introduced here. Early indications point towards a RM1.3 million price tag, putting it squarely against its German rivals, the RM1.15 million AMG GT and RM1.2 million BMW i8.

If you have an unshakeable conviction for the saying “No replacement for displacement”, then there’s no question that the R8 should be the supercar for you. It certainly won’t be as tail happy as the AMG GT or hug trees in ways only the three-cylinder hybrid i8 knows how. But among the three, the R8 is the easiest to live with, sounds the best and sprints quickest to the 100km/h mark.

It’s baffling how today’s high performance cars can be both docile and absolutely daunting to drive. The R8’s abundant active safety systems constantly work in tandem to keep you in check, and it’s fairly reassuring to know that these systems exist to keep anyone away from the risk of being widowed. But all things considered, I’ll still sign a cheque for a hot hatch (the Golf R or Audi TTS equivalent) with half the power, but equally as fun and engaging to drive. Maybe if we had more race tracks to put all those horses to work, it’d make more sense. 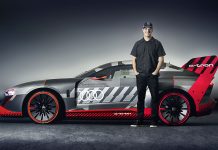 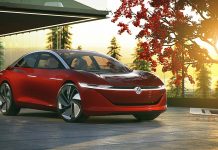 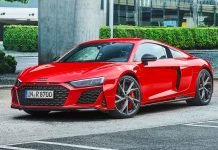