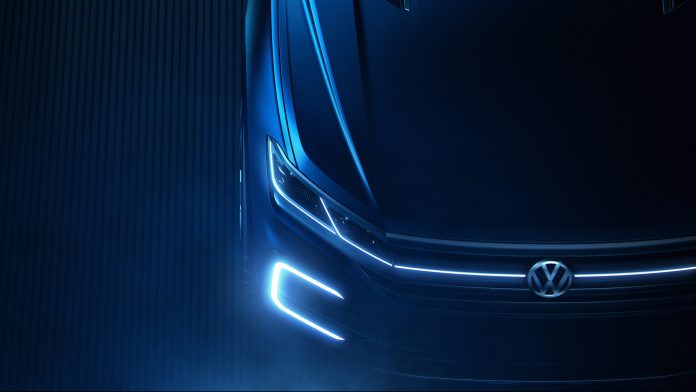 The second-generation Volkswagen Touareg has been around since 2011, so it’s safe to say that Volkswagen is working hard to get the next generation Touareg out in the coming years. But first, the Germans decided to throw some teaser of its concept which hints  that a new Touareg is in the loom.

So what’s new with the third-generation Touareg? To start, it’ll be powered by a plug-in hybrid powertrain that generates 381 hp and 700 Nm of torque, which is nearly the power of a turbocharged V6 that powers its predecessor. It takes only 6.0 seconds to hit from 100km/h from standstill, and has a modest top speed of 222km/h. Via electric power alone it can cover 50km of tarmac, and has a claimed combined fuel efficiency of 3.0 litres per 100km.

This modern Touareg will feature an LED strip at the front, and more interestingly, the back will see a new LED arrangement which is inspired from the arcade games from the 1980s. Inside the Touareg will also see a heavily improved cabin, featuring lots of digitisation via screens, including a curved glass screen in the centre dash. In other words, the word “boring” won’t be associated with this new SUV.

Look out more on this new SUV from Wolfsburg when the concept hits Beijing Motor show by the end of April.