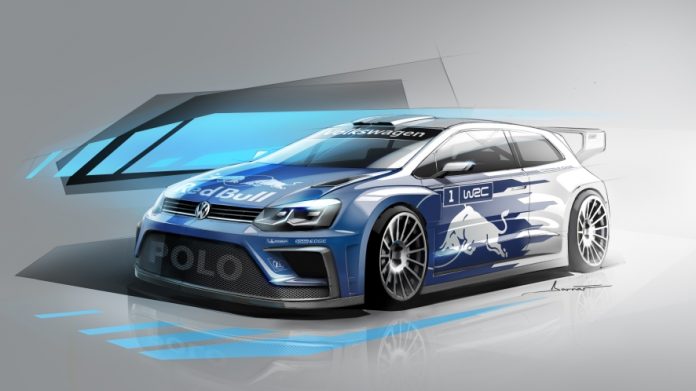 The World Rally Championship (WRC) will undergo a new regulation change which foresees more powerful cars that will conquer any surfaces on this planet. With that, Volkswagen teased its 2017 WRC contenders with the Polo R WRC.

For the uninitiated, 2017 regulation requires WRC cars to have 380 hp extracted out from its 1.6-litre turbocharged engine, an increase of almost 60 hp from the current cars. That’s made possible courtesy of a wider diameter in the air restrictor and the usage of electronic center differential for the power transmission.

In addition to that, 2017 WRC car must shed 25 kg off from the current min weight of 1200 kg, and encourages a wider usage of aerodynamics as seen with a wider rear wing and broader front spoiler. That said, this is a recipe for a very jovial rally car.

“The 2017 WRC regulations include many spectacular technical innovations for the World Rally Championship,” said Volkswagen Motorsport Director Jost Capito. “The World Rally Cars of the future will incorporate all the experience that teams have gained in recent years. They will be considerably more dynamic, whilst at the same time being safer.”

The Polo R has had much success in World Rallying Championship, with 2016 WRC season is pretty much under Volkswagen’s control. As statistics revealed the Polo R is currently WRC’s most successful rally car with 37 victories out of 42 rallies, there’s high chance that the 2017 Polo R might to inherit the success formula from its predecessors.