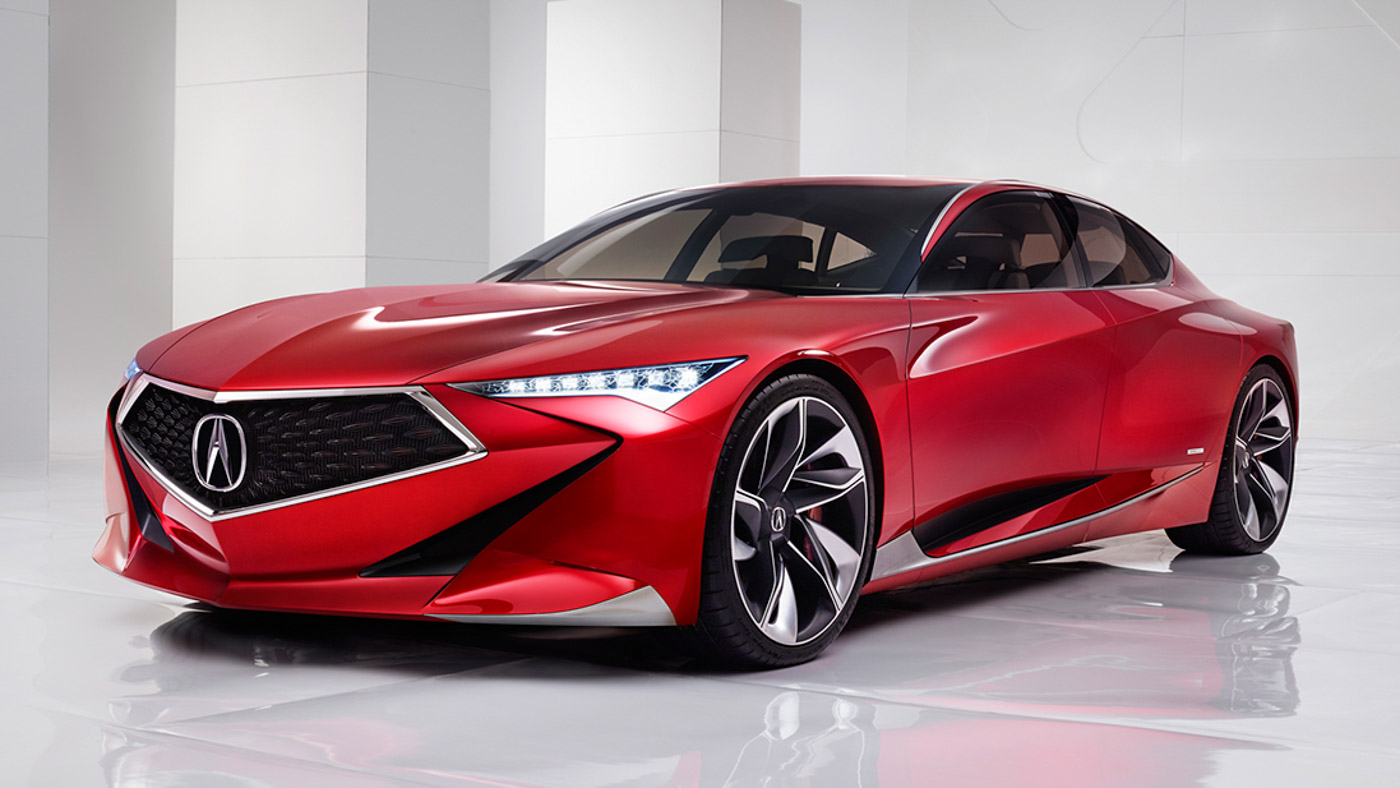 International motor shows like the ongoing Detroit Motor Show is where we can best take a glimpse of how cars of the future will look like. This time, we take a look of how Honda’s premium brand, Acura, will look like in the coming years with the debut of this Precision Concept.

The Acura Precision Concept flaunts a great number of long and edgy lines, followed by a low and wide stance and sloping roofline. Its sharp proportions are almost everywhere, ranging from the black front grille, headlights and tail lights, bumper, exhaust pipes and just basically anywhere that meets the eye. As with any concept cars, this Acura sits on ridiculously large rims, giving it that aggressive side profile.

Inside, there’s a sense of minimalism detected, with a large screen built right into the centre of the dashboard. The screen could be used for infotainment purposes or a possible platform for future human-machine interface.

Acura’s Creative Director, Dave Marek said, “The Acura Precision Concept is a design study model that literally will shape the direction of all future Acura products. t’s the leading edge of a renewed commitment to creating a powerful and very exciting direction for the next generation of Acura models”.

Although the Acura brand is rarely offered in markets outside of the US, it would be interesting to see whether global Honda models will be taking its design cues from this Precision Concept. After all, you wouldn’t say no to a next generation Accord with lines inspired from the Precision Concept now, would you?