The Q7 plug-in hybrid blends efficiency and dynamics into one. The car is capable of accelerating from 0-100kmh in 6.2 seconds, while sips only 1.8 liters of diesel per 100 kilometers. In full EV mode, the Q7 is capable of travelling up to 56km.

The Q7 plug-in hybrid will be available in European showrooms by the second quarter of 2016 with pricing slated to begin from 80,500 Euros (some RM381k; converted during press time). Meanwhile, the second generation Q7 was launched in Malaysia just recently in a form of the 3.0-litre V6 TFSI petrol variant, with Audi Malaysia citing more variant introduction in the near future. 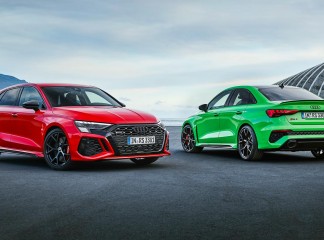