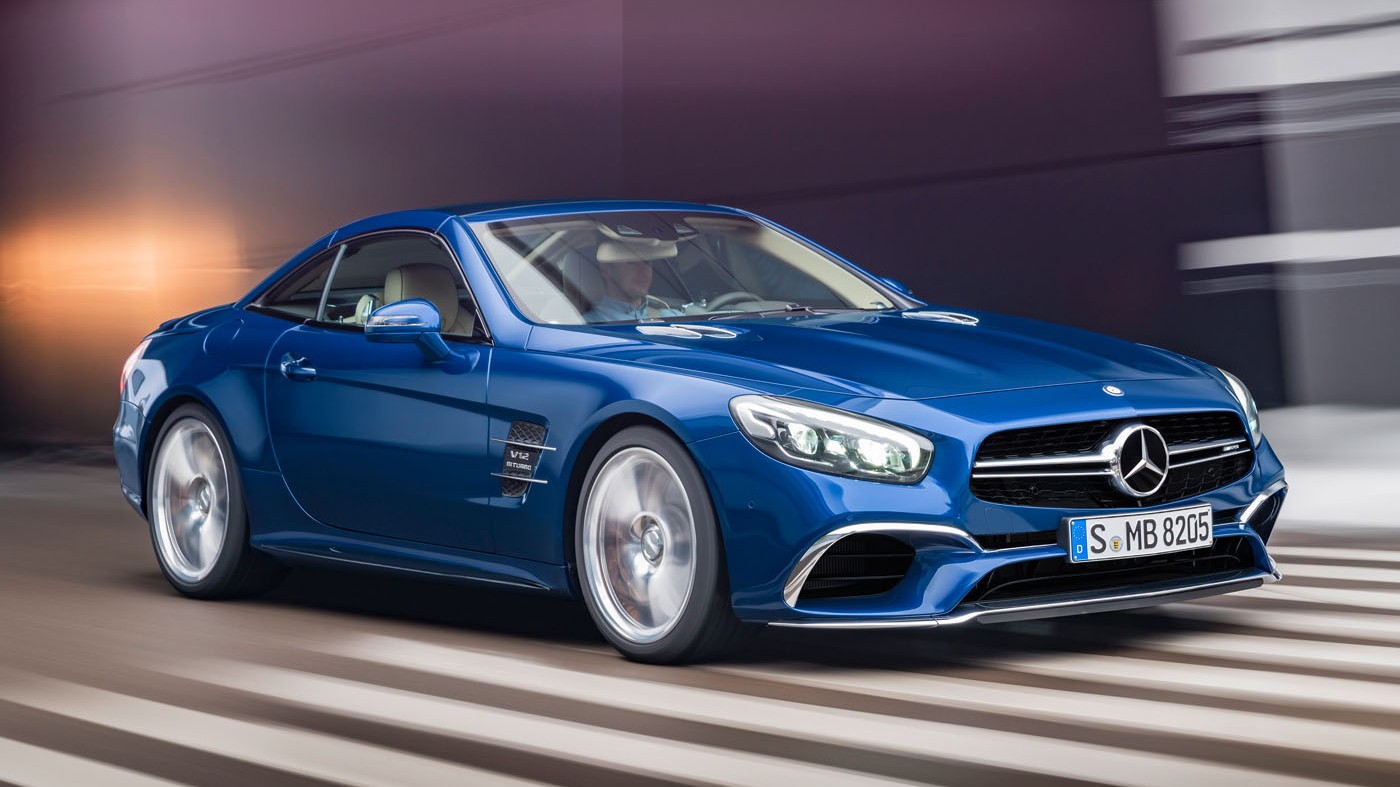 The revised styling is shared with the regular SL, but AMG drops subtle hints that these are not just any other garden-variety SL. The diamond grille has been swapped for a less complex mesh and twin slats cutting through the huge three-pointed star in the middle, while the A-wing in the front bumper and the slashes on the side skirts can be had in either chrome or the optional carbon fibre finish.

Staggered 19-inch wheels are fitted on both AMG SL, but on the SL 65 the rear wheels are an inch up. Naturally, the back of the AMG SL is furnished with quad tailpipes, and there’s also a subtle spoiler at the edge of the boot lid.

The luxurious cabin is enhanced by huggier sports seats, performance steering wheel, an IWC analogue clock that sits atop of the dash, and carbon fibre trim. Keen eyes will spot that the gearlever is also different on the AMG, and it’s accompanied by the AMG DYNAMIC SELECT driving mode knob where the driver can choose from Comfort, Sport, Sport Plus, Individual, and RACE mode.

The driving mode alters throttle response, gearbox and suspension settings, as well as engine sound. Active Body Control (ABC) is standard fitment on both AMG models, but they are setup more aggressively and features a more negative camber all-round. On top of that, both AMG SL models are equipped with a limited slip differential for a greater traction when accelerating out of corners and such.

Both engines are mated to a seven-speed gearbox, an AMG SPEEDSHIFT MCT seven-speed sports transmission on the SL 63 and an AMG SPEEDSHIFT PLUS 7G-TRONIC on the SL 65. From standstill, the SL 63 blitzes to the 100 km/h mark in 4.1 seconds. The SL 65 is 0.1 seconds quicker, but both have their top speed capped at 250 km/h, although Mercedes will increase the cap to 300 km/h for buyers who opt for the AMG Driver’s package.

Similar to the revised non-AMG SL models, the SL 63 and the SL 65 made their debut appearance at the 2015 Los Angeles Auto Show, and they will go on sale in Europe from second quarter of 2016.