It’s official. Mazda Motor Corporation will take the wraps off their all-new flagship SUV, the Mazda CX-9. This second-gen iteration has been a long time coming, considering that its world debut was back in 2008. Some seven years and two facelifts later, the time has come for a succeeding model.

This three-row midsize crossover SUV will get Mazda’s full suite of latest Skyactiv technologies, including the brand’s signature KODO – Soul of Motion design theme. Judging by how they positioned the previous CX-9, we can expect nothing but the best of cabin quality, including an entirely new exterior look.

Previously, the CX-9’s platform was shared with the Mazda6 (a loosely-based Ford CD3 Platform) which, at its front end, accommodated Ford’s 3.7-litre Cyclone engine. The 270 hp V6 engine was transversely mounted and paired with Aisin’s six-speed automatic torque converter. Speaking of numbers, one particular figure to look out for is its new kerb weight, including the new powertrain.

The 2015 Los Angeles Motor Show will take place from 20 to 29 November, but full details of this brand new SUV will be disclosed on 18 November. Watch this space! 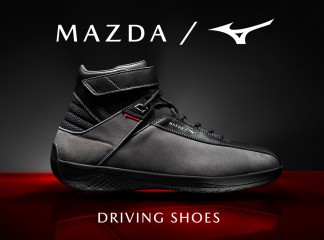