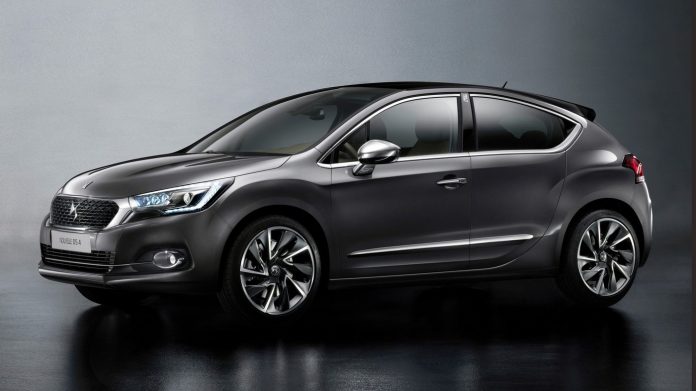 This year’s Frankfurt International motor show has seen its share of world’s firsts. From topless Ferraris and Lamborghinis to the fuel sipping Prius; and now this, the Parisian-born French car maker DS Automobiles. The brand is a breakaway company of Citroen as the more eagle-eyed readers would’ve spotted the DS badge on the outgoing DS5 currently on sale here.

The company displayed three models on the stands at Frankfurt’s International Motor Show and one of them is a Formula E car that’s built to race under the Virgin Racing colours. The ‘E’ denotes the racer’s green edge and instead of a screaming small-block V6 motor, there are a couple of electric drivers and a power pack so dense and powerful that it could charge an iPhone every day for 13 years. Not bad for a fully-electric single-seat racer.

First up is the DS4 and the DS4 Crossback which in essence is a rebadged offering from Citroen albeit with a slightly redesigned front end that we reviewed not too long ago. The brand’s designers took a leaf out of the Numero 9 concept car and applied it to the front end which now bears the company’s signature grille design dubbed ‘DS Wings‘ which is coupled to the new DS LED Vision headlamps to square off the look.

It comes with all the bells and whistles you’d expect in a premium compact runabout including a low-emissions 210 hp mill to propel you along. Apart from that the DS4 and Crossback’s stereo comes equipped with CarPlay by Apple Inc. that’s compatible with newer iPhones. Refined interior design starts with the Nappa leather upholstery and the option of ‘watch strap’ semi aniline leather seats, which is exclusive to the DS brand.

On the other hand, the DS 4 Crossback is aimed at customers looking for an ‘urban and extra-urban adventure’. This new ‘crossover’ pens bold styling features including black wheel arch trims, a differentiated front end and rear spoiler finished in black with grey roof bars. Its status is further underlined by its black door mirrors, door sills and carpet mats and a ride height that is 30mm higher than the hatchback version.

Last but not least is the one they call DSV-01 – no its not the model of their office printer but rather the brand’s own single-seat, electric powered Formula racer. It will be competing in the Formula E World Chmapionship under the Virgin Racing team colours. Yves Matton helms its motorsport division called DS Performance, who helped develop the electric motor and gearbox for the DSV-01. They also designed its cooling system and rear suspension. The engine management system though was designed in partnership with Magneti Marelli, a famed Italian company that’s by no means a stranger to the automotive scene.