Home News Subaru Palm Challenge: 10 lucky Malaysians to palm their way for a... 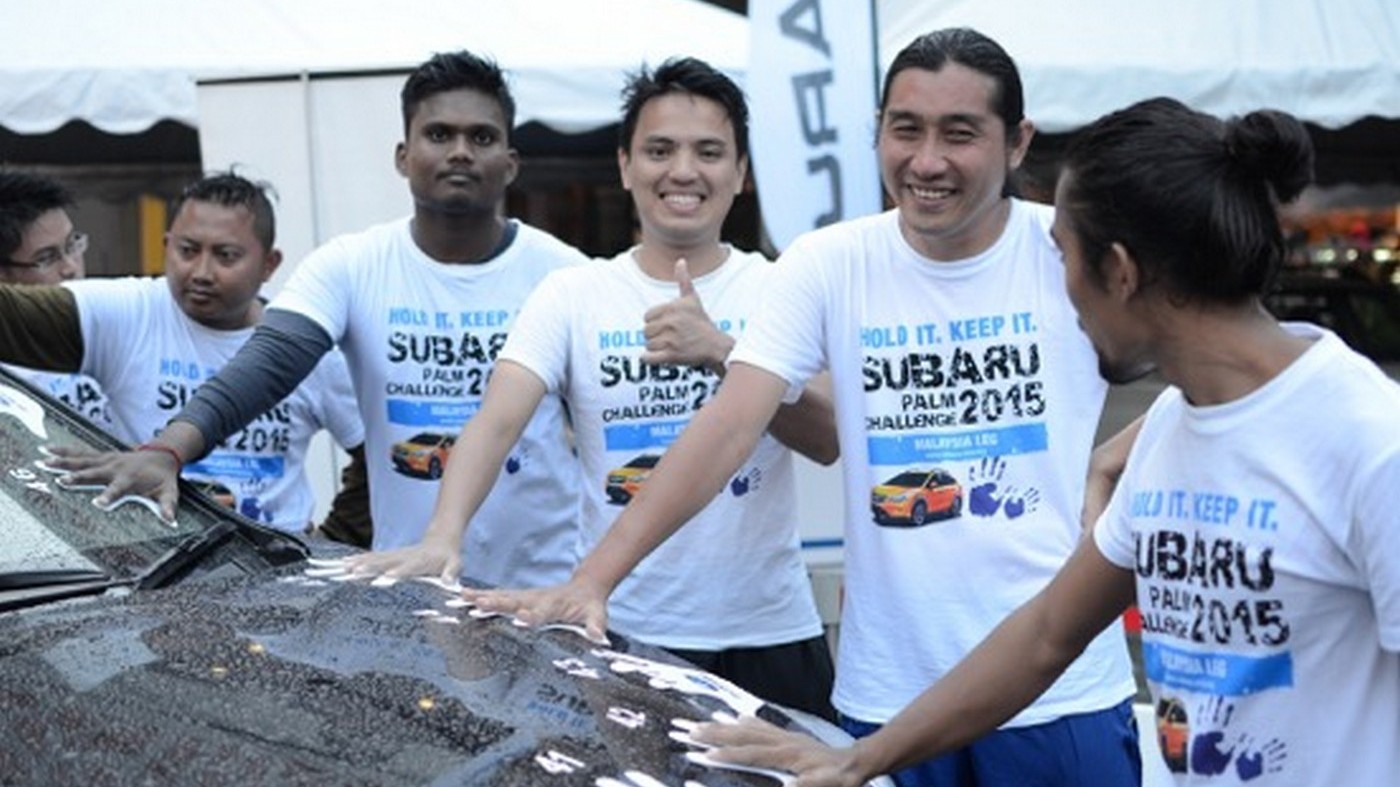 Ten lucky Malaysians are edging closer to the face-off across the Causeway for Subaru’s Palm Challenge which pits participants against each other in a bid to see who can hold or keep their palms on the car. The last palm standing will drive off with a brand-new Subaru XV Premium.

After keeping their palms on several Subaru XVs for over 10 hours and 5 minutes, the final 10 battled other fellow Malaysian participants to qualify for a chance at the grand finale in Singapore, dubbed the Subaru Challenge – Asian Face Off. To be in contest for the prize, they have keep their hands on the car AT ALL TIMES and were only granted 10-minute breaks at an interval of every 6 hours to grab a bite or visit the loo.

At the Subaru Challenge – Asian Face Off, the 10 Malaysian finalists will battle 390 other hopeful competitors from Thailand, Hong Kong, Philippines, China, Taiwan, Vietnam, Cambodia, and of course Singapore for the chance to drive away with the Subaru XV. We’ll be covering the event in end-October, so be sure to stay tuned! Also, we at AutoBuzz.my would like to extend our warmest wishes to our local participants. Best of luck, guys!