Home News 2016 Honda Accord facelift debuts, dubbed the most high-tech Accord ever 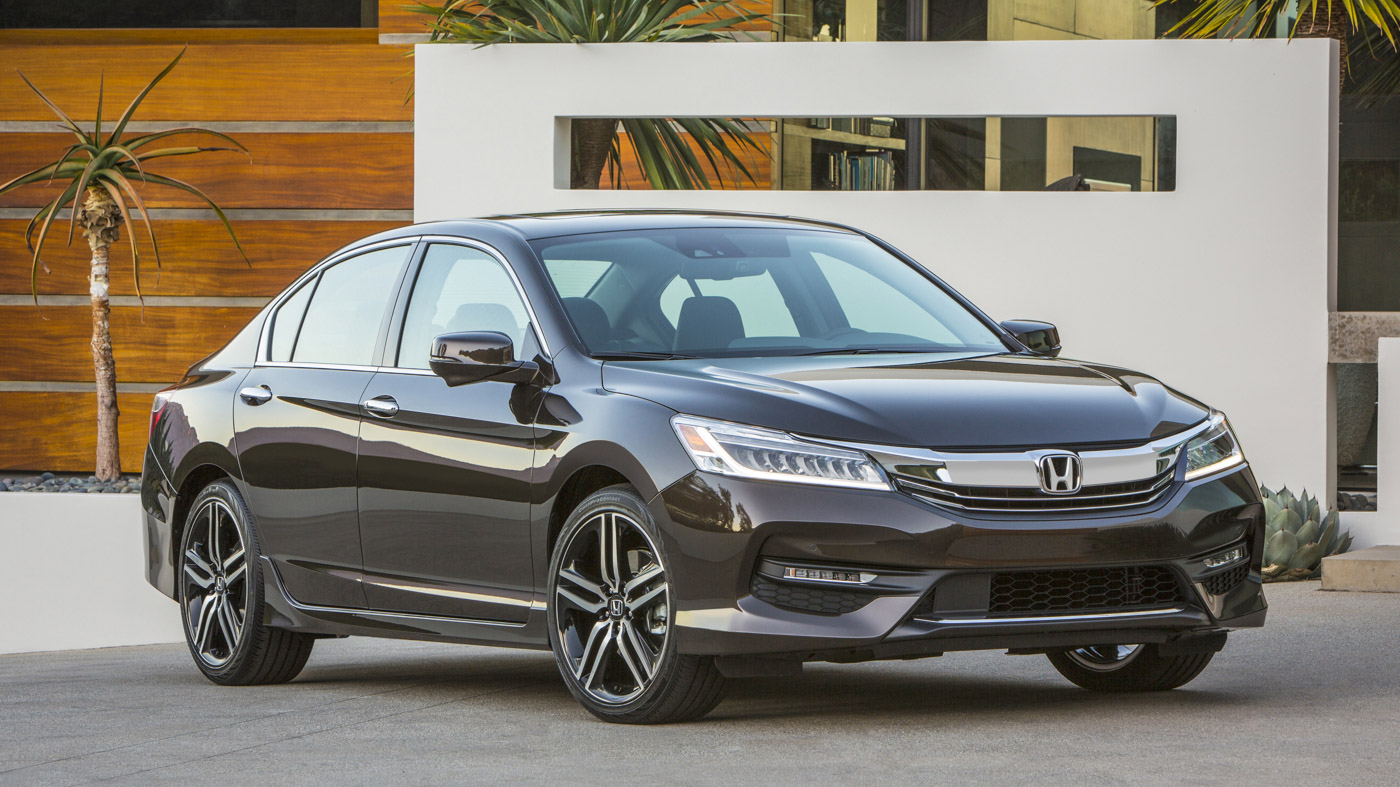 Just as the refreshed Camry was introduced to our shores, Honda went on to reveal the rivalling Accord facelift, said to be the company’s most high-tech D-Segment player to date. The Accord is also set to be among the first high-volume cars to come fitted with both Apple CarPlay and Android Auto, and sales will commence in August, but only for the US market, for now.

What does this facelift entail, you ask? If it isn’t obvious already, the Accord gets a much sportier styling on the outside. The headlights are full LEDs and are reminiscent of Audi’s Matrix LED headlights. Also new are the sculpted aluminium hood, sportier front grille, front bumper which houses the LED fog lamps.

Also new to the Accord facelift is the 19-inch five twin-spoke wheels, while the rear end gets a mildly revised bumper with LED tail lamps and a boot lid. In terms of safety, new Accords can be fitted with Honda Sensing – the company’s most comprehensive suite of advanced safety and driver-assistive technologies.

The aforementioned head unit now supports Apple CarPlay and Android Auto, both offering multiple new functions and features. With Apple CarPlay, driver and passengers can pair their iPhones (iPhone 5 and later, iOS 8.4 minimum) to the screen and access nearly every supported application, including voice command Siri.

The same applies for Android users, however the device has to run Android 5.0 Lollipop or later to get it to work. Upon pairing, one can gain access to Google Maps, Google Now, messaging and call apps – you name it.

In the US, the Accord is offered in Sedan and Coupe bodies, both powered by either a 2.4-litre inline-four i-VTEC engine or the 3.5-litre V6 VTEC. The smaller engine gets paired to a CVT gearbox whereas the range topper benefits from a six-speed automatic. Both engines however, can be paired with a six-speed manual transmission.

The outgoing Honda Accord is currently sold in Malaysia from RM137k to RM173k with two four-cylinder engine options – 2.0-litre SOHC i-VTEC and 2.4-litre DOHC i-VTEC.