Land Rover, after nearly seven decades and two million Defenders made, have decided to create a one-off bespoke model of its iconic workhorse to commemorate this production milestone.

What’s more unique to the production of the Defender 2,000,000 – yes that’s what it’s officially called – is the fact that Land Rover invited some well-known figures and special guests to help complete the momentous build. One of them is Bear Grylls, an avid Defender enthusiast and Land Rover ambassador.

The special Defender will be unveiled by Bonhams at the Goodwood Festival of Speed taking place later this week. Following the public appearance, it will tour the country and be put on public display throughout the year before being auctioned off for some serious bidding come 16 December 2015.

It’s finished in a shade of Indus Silver satin paint, and on the fender is the engraving of the Red Wharf Bay map – the place where original design of a Land Rover was first drawn in the sand. Remember its official name? The ‘2,000,000’ badge is placed at the rump of this Defender, whereas other distinctive touches include Black Santorini finishing to the wheels, wheel arches, roof, door hinges, grille and mirror caps.

On the inside, the leather seats also get an imprinted Red Wharf Bay graphics, whereas the head restraints are stitched with the number 2,000,000. A unique aluminium plaque, signed by all those involved in the production process, is fitted to the driver’s seat plinth. Completing this special build is the unique S90 HUE registration plates – a reference to the first ever pre-production Land Rover (plated HUE 166) – placed on the front and rear of the Defender.

CEO of Jaguar Land Rover, Dr Ralf Speth said the Defender has been the vehicle of choice for many, ranging from explorers, charity organisations, farmers and even royalties. “What started as an agricultural workhorse has transcended the automotive world to become a worldwide design icon. It’s an honour to be part of the Defender 2,000,000’s production and it truly is a special experience.”

Production of the original Land Rover Series I began at their Lode Lane facility in 1947 before it was launched at the Amsterdam Motor Show on 30 April 1948. Since then, two million examples of the Series I, II III and Defender have been produced at Solihull, UK.

Funds raised during the charity auction event at Bonhams auction house will be donated to International Federation of Red Cross and Red Crescent Societies and Born Free Foundation. 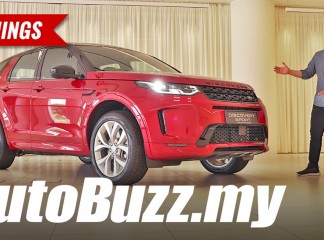