As a contender to the Mercedes-Benz B-Class, BMW has introduced the Gran Tourer model of the 2-Series which seats seven people in this premium compact crossover segment. The 220i Gran Tourer represents the first ever multi-purpose vehicle (MPV) for the German automaker.

The 220i GT sports a front nose with adornments of chrome trimmings around the signature pair of kidney grille intakes and above the fog lamps. The GT also gets LED headlights as standard, while sitting on 205/55 R17 series rubbers all round. From the side though, it does possess a finite resemblance to the coupe it’s based on, featuring distinctive lines that run the length of the side panel.

The back however is business as usual for this MPV, with a power assisted fifth door and low loading height, making it a rather versatile candidate that any urban mom would approve of. The tail lamps get the LED treatment as well. The chrome garnishing from the front have been carried on at the rear, with chromed exhaust tips and a chrome strip that runs the lower horizon of the bumper.

The interior is as you would expect of a BMW of this stature, which comes bathed in helpings of Dakota leather wrapped seats and trim pieces. The seats, especially the front have a rather ergonomic feel to it. The second row of seats clearly have safety in mind with plenty of ISOFIX mounting points. The third row may be a bit of squeeze for a full grown adult but suffices for children.

The interior is finished off with metal trim pieces such as the “luxury” insignia door sill finishers. The wood trimming on the dashboard and door panels does accent that insignia indeed. As with the BMW 120i M-Sport that was launched as well, it does share the same seven-speaker stereo system, the BMW apps platform that’s displayed via the 6.5 inch LCD display.

This MPV is powered by the familiar 2.0-litre mill that we would find in the rest of the Bimmer family. The unit produces 192 hp at 4,700 rpm and makes 280 Nm of twist from as low as 1,250 rpm, thanks in part to direct injection and twin scroll turbochargers setup found here.

Century sprint time is done in 7.6 seconds and hits a top speed of 221 km/h. Not bad for what’s essentially a mini van. Putting the power onto the ground is the equally familiar eight-speed StepTronic automatic transmission. Fuel consumption figures are rated at 6.2 litres per 100km.

As previously mentioned, the seconds row of seats come with a whole bunch of ISOFIX child seat mounting points and the rest of the usual suspects that’s in place to keep you safe, such as ABS, ASC and Dynamic Braking Control (DBC). Needless to say there are airbags for the driver, front passenger and curtain airbags that cover the side windows and side airbags. The GT comes equipped with run-flat tyres, which will prove to be a life saver in an emergency situation.

When it comes to parking, the 220i GT comes with a park assist system which uses the PDC or Park Distance Control system located on the front and rear bumpers to help the driver in the manoeuvring process. A rear view camera lends its hand to the process too.

Shades of paint available on the GT include Alpine White, Black Sapphire, Mineral Grey, and Glacier Silver while the Imperial Blue and Platinum Silver colours are made primarily for the luxury line which are featured as standard. BMW Malaysia’s latest 5-year unlimited mileage warranty and free scheduled service program comes as standard as well. 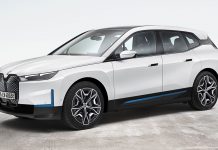