In 1982, the makers of some of the prolific cars on the planet decided to venture into a segment of the market unheard of for the luxury marque. Bearing in mind this came from a company with an illustrious and colourful past. The icon for dignitaries, head of state, royalty and captains of industries. Mercedes-Benz debuted the 190E.

Penned in 1979, the W201 – dubbed the “Baby Benz” – had a rather expensive birth with Mercedes spending around 600 million British pounds (RM3.4 billion) on research and development, and was promptly labeled as one of the most over-engineered models. Three different variants were introduced, namely the 190, 190E and 190D. The one more familiar to us is the 190E (E for Einspritzung or Fuel Injection) that was powered by a 122 hp, four cylinder engine. Not impressive by today’s standards, but this workhorse went on to sell over 1.8 million units in its 11 year lifespan.

Around this time, the automotive giants were plunged into a rallying battle. Audi, amongst others, were dominating the motorsports scene. Mercedes then introduced the 320 hp Cosworth-powered 190E, but they were simply too late to the party. The 190E was hopelessly outclassed by the competition, primarily the almighty turbocharged Audi Quattro.

AMG however, was a tuning company more familiar with the racing series called Deutsche Tourenwagen Meisterschaft or DTM. Therein lies the genesis of that legendary partnership. Mercedes went on to introduce the AMG DTM competition touring car in 1993 and subsequently conceived the W201 that also featured a 190E 2.5-16 Evolution which had a bodykit and engine fitted specifically to keep up with the BMW M3.

In early 1990, Mercedes had a bit of a rethink with their naming-paradigm. Hence, all models were class-prefixed from thereon in. With that, in May of 1993, the newly named W202 C-Class was introduced as a replacement for the 190E. The C-class was Mercedes’ entry-level model until 1997 with the introduction of the A-Class. The C-Class was also introduced with revolutionary-at-the-time safety features such SRS Airbags, SIPS (side impact protection system), Brake Assist and Traction Control; giving its competitor, the BMW 3 Series a good run for its money.

Commonly seen on our shores are the C180, C200 and C220 models that featured multi-valve four cylinder engines that made 120 hp, 138 hp and 148 hp respectively. This global model came in a variety of oil burners as well. AMG was hard at work as well, coming up with the C32 AMG that was fitted with a 3.6-litre straight-six engine putting out 276 hp and 385 Nm of torque. This model was put to head to head with the E36 BMW M3. The Merc boasted a 0 to 100 sprint time of 5.8 seconds and had an electronically limited top speed of 250 km/h.

In 1997 though, Mercedes released an uprated model of an AMG-badge bearing C-Class called the C43 AMG. This featured for the first time in this line of cars a V8 (M113) engine which made 306 hp and 410 Nm of twist. This was also the first hot Mercedes model to be made at the AMG plant in Affalterbach. That said, the performance figures were similar to that of the previous version, with the difference being that the C43 had a higher top speed of 270 km/h. It came with a Tiptronic transmission shifter and used the braking system from the E55 AMG model.

After a seven year production run, the W202 was replaced with – yes you guessed it – the W203 model which debuted early in the turn of the century. Aside from the usual estate or stationwagon variant that it superseded, the W203 also debuted with a coupe body. The diesel models were also introduced with mechanical features such as commonrail direct inject and variable geometry turbochargers. All-wheel-drive was also featured as an option for certain models in the range. This newer iteration was also more fuel efficient, thanks to variable valve timing technology. The W203 went on to sell 1.4 million units in the duration of its life span.

Mercedes worked tirelessly with now in-house tuner AMG to perfect the BMW M3-beating concoction. The W203 received not one, not two, but three different variants in its six-year life span. As the previous generation had a V8 engine, the W203 initially featured a supercharged 3.2-litre V6 engine which belted a respectable 350 hp and 450 Nm of torque; numbers in great favour of an ideal power-to-weight ratio.

The result? A seemingly worthy E46 BMW M3 rival; one that manages the century sprint in 5.2 seconds. Not to be outdone, the C32 AMG gave way in a mid-gen facelift to the C55 AMG, which was powered by a 5.5-litre V8 taken straight out of the E55 AMG model. This unit made 367 hp and 510 Nm of torque. Immediately the sprint time dropped to 4.7 seconds. Power was sent to the rear wheels via AMG’s PowerShift five-speed gearbox.

Oddly enough, Mercedes decided to dabble with the idea of an oil-burning AMG model dubbed the C30 CDI AMG. It used a 3.0-litre inline-five cylinder engine that dished out 231 hp and 540 Nm of torque. This model received credit for being the most powerful production diesel powered car in the world. Sadly, the C30 CDI AMG had appalling sales figures and remained as the only diesel powered AMG model made thus far. Mercedes went back to the drawing board whilst the BMW M3 remained undisputed.

Manufactured in 2007 with a total sales figure of over 2.4 million units, the W204 featured a more S-Class-esque styling cue. Conventionally designed by clay, the W204 was designed in virtual reality called a digital prototype where engineers could simulate and perform crash tests and make structural changes to the layout before the actual prototype was built.

The W204 was also the most extensively tested C-Class to date. Four different trim levels were offered with this model, beginning with the Classic, Elegance, Avantgarde and AMG trims. The C-Class also featured a revised navigation system which was displayed on a seven-inch LCD screen. Later models received LED DRLs for the first time on a C-Class. Another C-Class’ first was the debut of Mercedes’ BlueEFFICIENCY diesel technology.

After relentlessly testing and re-engineering, the W204 gave birth to the C63 AMG which was purportedly a ‘built-from-the-ground-up’ model with a 6.2-litre naturally aspirated V8. It’s a different approach, considering how the previous models were simply slapped with a larger engine on the same body and chassis. The C63 used a detuned version of the very powerplant (M156) used to power the SLS AMG and a host of other AMG Mercs.

This made it a much better rival for the Audi RS4 and BMW M3 with 451 hp at 6,800 rpm and 600 Nm of torque at 5,000 rpm, mated to a seven-speed SpeedShift multi-clutch transmission (MCT) with three shift modes – Comfort, Sport and Manual. The C63 effectively put to shame some of the more distinguished sports cars, boasting a blistering 0 to 100 km/h sprint time of 4.4 seconds. Needless to say that Mercedes finally cracked the code with this winning combination.

Now in its fifth generation, the W205 was presented to the world in February 2014 featuring more rigid and lightened chassis that’s 100 kg less than its predecessor. Couple that with an S-Class oriented design fascia, the C-Class has never looked better and will surely fly off the shelves all over the world.

It’s rather amazing what this broadly successful premium compact car has achieved over the years. Numerous attempts, trials and errors have truly shaped the C-Class to what it is today, and it has shown the world that variety truly is the spice of life. From rallying to touring car racing and then a muscle car; the humble C-Class is clearly a versatile one. But one thing is for sure – we have yet to see the best of the W205, for it has shown the world what versatility truly means. 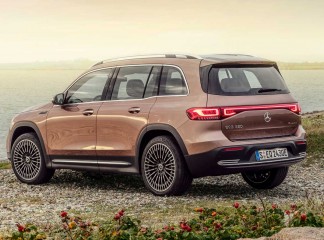 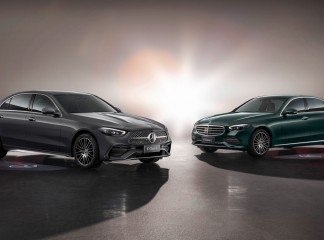