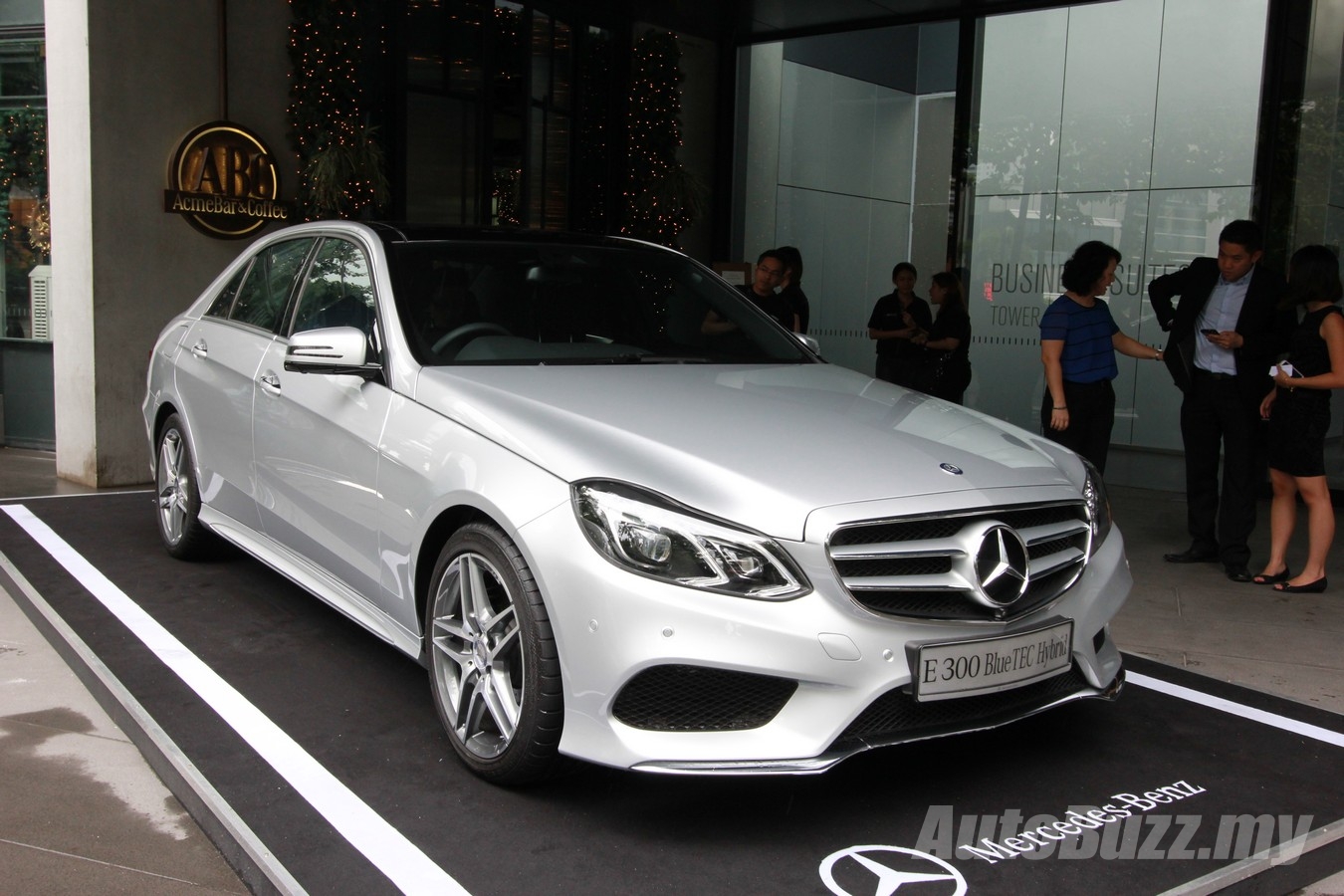 There’s no denying the fact that hybrid cars at present day is advancing at a phenomenal rate. In just the span of a decade, hybrid technology has proved that cars can be blisteringly quick yet remain frugal, with the only palpable downside being the reduced boot space where the battery usually sits.

One prime example of an industry leading hybrid car is this – the Mercedes-Benz E300 BlueTEC Hybrid, Malaysia’s first ever diesel hybrid car.

Oil burners (diesel cars) naturally return impressive kilometers per litre of fuel, and the equivalent BMW F10 520d is capable of covering over 1,000km of land in one full tank if driven tamely.

But how does 2,000km on a single tank of fuel sound to you? British journalist Andrew Frankel drove this exact variant across two continents, from north Africa to Goodwood, UK, covering a total distance of 1,968km with an additional 160km of juice left to spare. To put things into perspective, that’s like driving from KL to Bangkok, and then back to Hat Yai without even needing to refuel!

It took some time for Mercedes-Benz to tap into the local hybrid foray, but it’s never too late to bring your cake to the table, so let’s get down to business and see what Mercedes-Benz Malaysia (MBM) has to offer.

According to MBM, all E300 BlueTEC Hybrids destined for the Malaysian market will get the AMG Sports treatment. This gives you the 18-inch AMG five-spoke alloy wheels (245/40 R18  front, 265/35 R18 rear), AMG design front bumper with chrome diffuser, more prominent side skirts while the rear bumper dons the AMG touch, with its twin exhaust system finished in chrome.

Other visually distinguishable differences are the larger ventilated front discs and twin-louvre grille with the marque’s emblem smacked right in the middle. Look closer and you’ll find three cameras at the front – one right under the logo, and the other two cleverly masked at each side of the enlarged air intakes.

The E300’s cabin is given a sportier, darker tone, and the rear passengers now benefit from the 8-inch high-resolution screens built into the front seats’ headrests. Behind the AMG-style flat-bottom steering wheel are the paddle shifters.

Like all E-Classes, the E300 gets its gear lever mounted on a column behind the steering wheel, and its instrument clusters remain largely the same, save for the new animated graphic display that pops up in the digital window that shows real-time energy flow from the battery, much like the Audi A6 Hybrid and Toyota Prius.

Despite the larger 80-litre fuel tank and hybrid battery pack, rear legroom isn’t compromised and is as good as the other E-Classes. Complementing the AMG theme are the floor mats, and they come printed with the AMG badge. Panoramic sunroof is also standard and retractable.

Boot volume remains the same here at 540 litres. But the addition of the lithium-ion battery pack means forgoing the spare wheel, which is replaced with a fix-a-flat tyre kit. Simply plug the inflator into the DC socket and fill the flat tyre with the supplied solution and you’re good to go.

Under the hood beats the familiar 2.1-litre diesel engine (shared with the European E250 CDI) with two-stage turbocharging, and the E300 benefits from a 20 kilowatt electric motor that puts out 27 hp at 1,800 rpm and 250 Nm of torque right from the get go. MBM assures that the diesel engine is specifically tailored to run on the lower grade oil in Malaysia, citing no loss of output figures while only suffering from a marginal increase of carbon emission.

The numbers: 204 hp at 4,200 rpm and a thumping 500 Nm of torque from 1,600 to 1,800 rpm. Contrary to popular trend, it’s metrically incorrect to add figures of the combustion engine and the electric motor to form a unified output figure, reason being the latter is merely assisting the engine in power delivery.

Tasked with handling all that torque is Mercedes’ trusty modular seven-speed dual clutch 7G-TRONIC automatic transmission that drives the rear wheels. The hybrid drive unit is taken from the S400L Hybrid, but has been reengineered by omitting the hydraulic torque converter in favour of a dual clutch system (wet clutch) also found in the AMG series models.

This is done so that the high voltage electric motor could be integrated within the gearbox without taking up too much space. Size still grows, but only by a mere 65mm, and the dual clutch transmission can completely disengage from the engine, allowing it to “sail” at speeds up to 160 km/h, effectively reducing drag and fuel consumption.

Like the S400L Hybrid, the E300 can also run on full electric at up to 35km for up to one kilometer. If your battery charge is more than 35 percent full, basic ancillaries such as your steering wheel, brakes and air-con compressor work electrically. Any less than that, the engine seamlessly restarts and charges the lithium-ion battery which by the way, is refrigerant-cooled to facilitate optimum thermal efficiency.

One of the perks of an electric motor is that torque delivery is virtually instantaneous, in this case, all 250 Nm of it. It also aids the diesel engine by supplying a surge of torque – Boost function – during sudden accelerations, such as an overtaking attempt.

Fitted standard on the E300 is the Collision Prevention Assist, a radar-based collision warning system working in unison with the adaptive brake assist system which greatly reduces the risk of rear ending the car ahead. Attention Assist is also standard; a system that actively monitors your level of inattentiveness and drowsiness while driving. It’s also capable of informing the driver on his level of fatigue and total driving time – things your wife would do.

As per mentioned earlier, the cameras on the exterior feed a stitched 360-degree visual (bird’s eye view included) onto the 7-inch high-res head unit via the Surround View Camera feature. Parking lines appear on the screen, aiding drivers in manoeuvring tight parking spaces; or simply use the Active Parking Assist to automatically have your E300 parked. When activated, this feature turns the steering, applies the throttle and brakes automatically and can perform parallel or end-on parking.

Frequent travelers or grocery shoppers would be pleased to know that the car comes with Hands-Free Access to the boot compartment, and works simply by waving your foot beneath the rear bumper. Wave again and the boot lid closes.

The first batch of E300 BlueTEC Hybrid are fully imported, with local assembly at their Pekan production plant scheduled to begin soon. Electrical engineers working at the E-Class assembly line have already been trained to properly execute the production of this E300.