It wouldn’t be a complete event without the presence of a comprehensively tuned BRABUS car, hence the introduction of the BRABUS CLS Rocket 730 – a car that’s all about the numbers, and more. Based on the CLS63 AMG, the RM1.3 million Rocket 730 shares the same 5.5-litre bi-turbo engine but has been extensively tuned to produce – you guessed it – a whopping 730 horsepower and 1,065 Nm of torque.

As a result, it does the century sprint in just 3.8 seconds and manages a top speed of 350 km/h. Just so you know, the CLS Rocket 730 was built in the very buildings that were launched today, so that’s the icing to your cake.

The RM6 million BRABUS showroom (opposite of the Lamborghini showroom) spans an area of 5,000 square feet and displays several Brabus models such as the BRABUS ML WideStar, BRABUS iBusiness S class and BRABUS SLK. Here, customers can perform their individualised customisation for cars of their choice.

Located some 500 metres away from the showroom is the 25,000 square feet Brabus’ Performance Centre that features eight service bays operated by ten staff, of which five of them are trained and certified BRABUS technicians. This centre provides BRABUS body conversions, engine tuning, performance upgrades, scheduled maintenance, repairs as well as tyre replacement and alignment services all under one roof.

Naza-Brabus Motors Sdn Bhd has a customer base of over 800 since their establishment in 2001. The new Brabus Showroom is open daily from 9am to 6pm. The Performance Centre operates from 8.30am to 5pm on weekdays, and from 8.30am to 1pm on Saturdays. 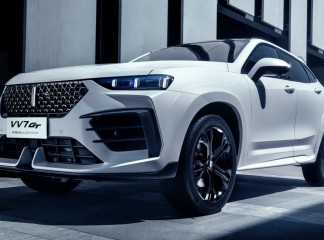