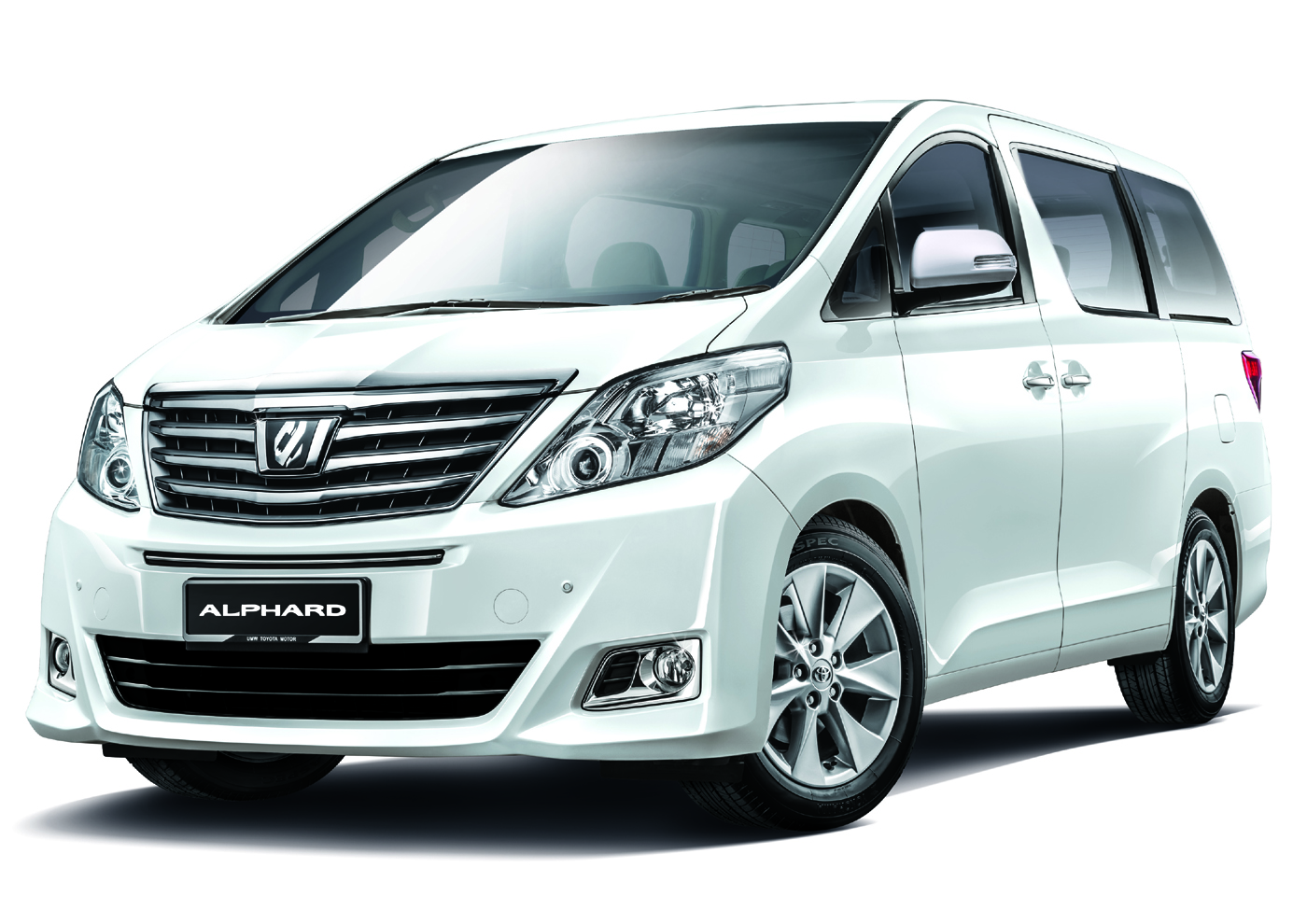 Unlike the Previa which was previewed at the last year’s KL International Motorshow, the introduction of the Alphard by UMW Toyota Motor is quite a surprise. The huge MPV made popular by the grey importers are now available officially in two guises, 2.4G and 3.5G. This is great news to those who were contemplating to buy one but were put off by the dubious service and warranty offered by the grey importers. Imported directly from Japan, UMW Toyota Motor provides 3 years or 100,000km warranty.

Exterior
Being the flagship model in the current Toyota range in this country, both variants are kitted generously to reflect its status. Huge chromed grille adorns the nose, with High-Intensity Discharge (HID) headlamps for both 2.4G and 3.5G models, but Adaptive Front-lighting System (AFS) cornering lights is exclusive for the 3.5G only.

Interior
No keys needed to get inside, as the Alphard comes with Smart Entry and Start System. Powered sliding rear doors which can be controlled from the overhead console or buttons on the Smart Key are only offered on the 3.5G model but once inside, acres of cream-coloured leather covers the seats while the driver gets an eight-way powered memory seat. The dashboard is trimmed with Black Wood Grain and silver accents, and also reflected on the four-spoke steering. The meter cluster is the standard Optitron unit which ensures visibility in any lighting conditions, and the centre console comes equipped with 7-inch touch screen monitor for its DVD-AVN (Audio-Video Navigation) System and Reverse Camera. There’s Triple Zone Automatic Climate Control with nanoe™ ion generator to freshen the interior air quality. The cool air is distributed to the rear passengers by air vents on the ceiling and lower levels as well.

As if the Alphard is lacking interior space, twin powered moonroofs further enhances the sense of space in the cabin. LEDs lined on each side of the roof illuminates the interior in a warm hue for an added luxurious feel. The best seats in the house is no doubt the two middle row power captain seats with Ottoman feature and individual footrest. The middle row seats also equipped with International Standard Organization Fix (ISOFIX) anchors for child safety seats. The third row seats three, but they’re split 50:50 and folds on their side agains the wall.

To ensure the cabin’s quietness, specialised sound insulating materials are strategically-placed in various areas to prevent the engine noise from entering the cabin.

Safety
The Alphard is equipped with Anti-lock Braking System (ABS) with Electronic Brake-force Distribution (EBD) and Brake Assist (BA). The Vehicle Stability Control (VSC) is included to keep traction in check. A total of seven Supplemental Restraint System (SRS) airbags can be found inside the Alphard, located in front of the driver, front passenger, front side, curtain, and also below the steering column for the driver’s knee. Front and rear sensors are included to aid parking maneuvers. UMW Toyota Motor will also install Toyota Premium Security and Solar Film as standard on both variants.

What else…
With the official introduction of the Alphard by UMW Toyota Motor, we can expect a growing number of this MPV on our roads especially with the addition of complete official after-sales support and warranty offered. The Alphard 2.4G is priced at RM338,000 while the 3.5G is at RM398,000 with additional RM800 for the two pearl colour options.

Read about the introduction of Toyota Previa by UMW Toyota Motor here. If you don’t feel “boss” enough in the Toyota Alphard, there’s now a Rolls-Royce kit for it 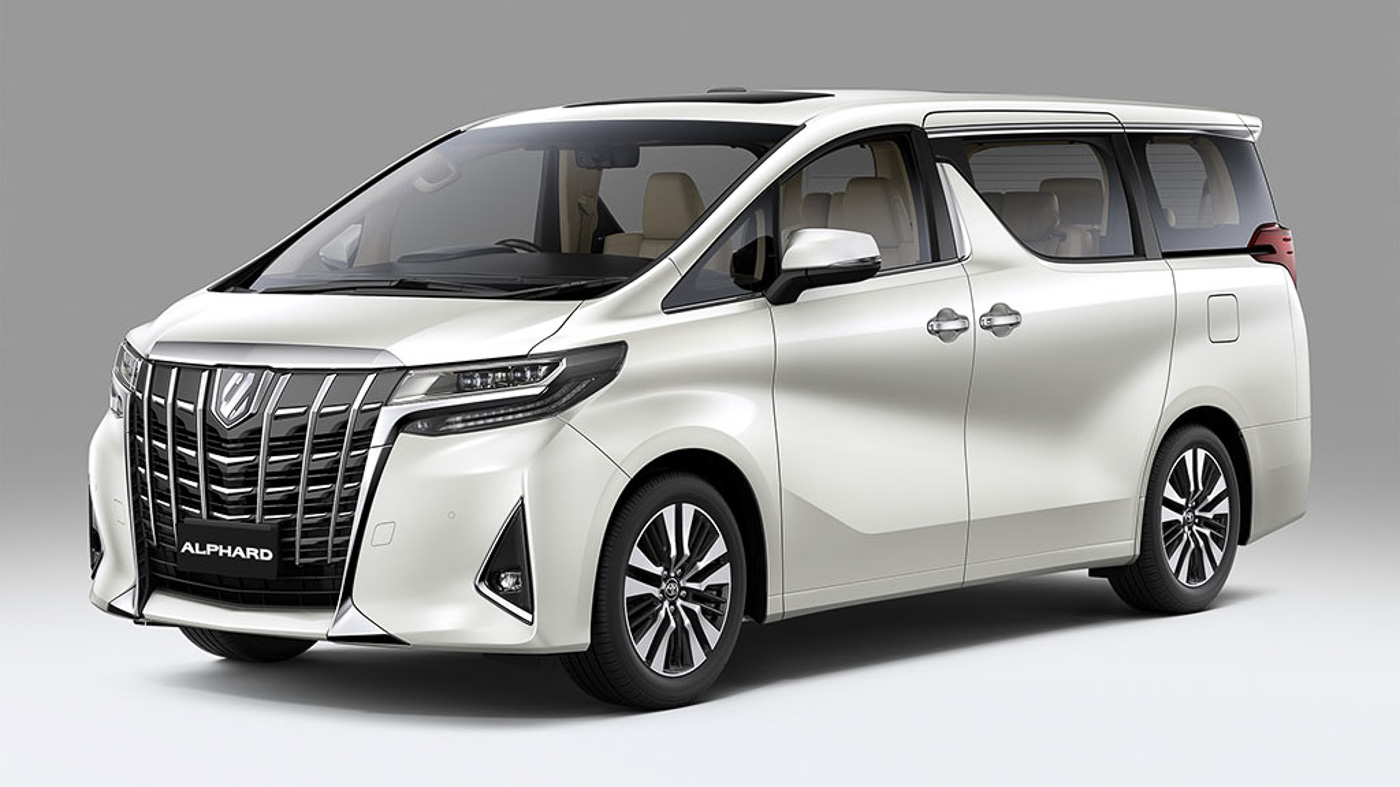