Home News Aston Martin Vantage firing on all 12 cylinders ahead of Final Edition... The Aston Martin Vantage sports car was introduced more than a decade ago, positioned as the most accessible model into the prestigious British luxury performance vehicle brand. As such, it was designed to be fitted a competitive V8 engine as standard, with the company later offering the 5.9-litre V12 engine option because, well, why not since they also manufacture the engine.

While market demand was within expectation, the performance and aural qualities of the Vantage V12 were immense that Aston Martin homologated the large displacement engine for international racing series.

The launch of the second-generation in 2018 saw the introduction of a new 4.0-litre twin-turbocharged V8 engine from Mercedes-AMG (510 hp, 685 Nm) and also no mention of the V12 engine to continue under series production. Aston Martin did put a V12 engine in a Vantage in 2020, but the windscreen-less V12 Speedster is not only immensely expensive but also rare with just 88 examples built.

Aston Martin yesterday provided a teaser sound clip to announce the arrival of the Vantage V12, with the captions “it is not just a Limited Edition, it’s a Final Edition.”

Fitment of the V12 engine could also mark the Vantage’s final phase of being available with pure high-revving, unelectrified petrol engines, as the company said the next-generation models will be fully electric.

The company has recently introduced a mild-hybrid engine in the Aston Martin DBX luxury SUV, with China being the first market to offer it. Their upcoming Valhalla supercar, which already has two orders from Malaysia, has a total power output of 950 hp thanks to a hybrid system with dual electric motors.

The V12 engine is certainly far from kept in hiding, with Ferrari launching not only the 812 Competizione but also the Ferrari Daytona SP3 under the Icona series, while legendary automotive designer Gordon Murray’s T50 just had its first public dynamic demonstration in October, allowing the V12 engine to sing along with a traditional three-pedal manual transmission.

The Italian government has even requested the European Union to provide an exemption for supercar manufacturers to continue sales of internal combustion engines post 2035, due to their acoustic qualities and low production volume. Users also rarely drive them, so the Italians do have a valid reason. 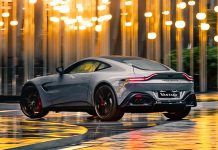 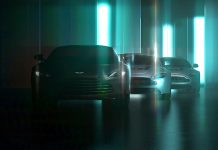 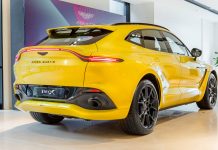