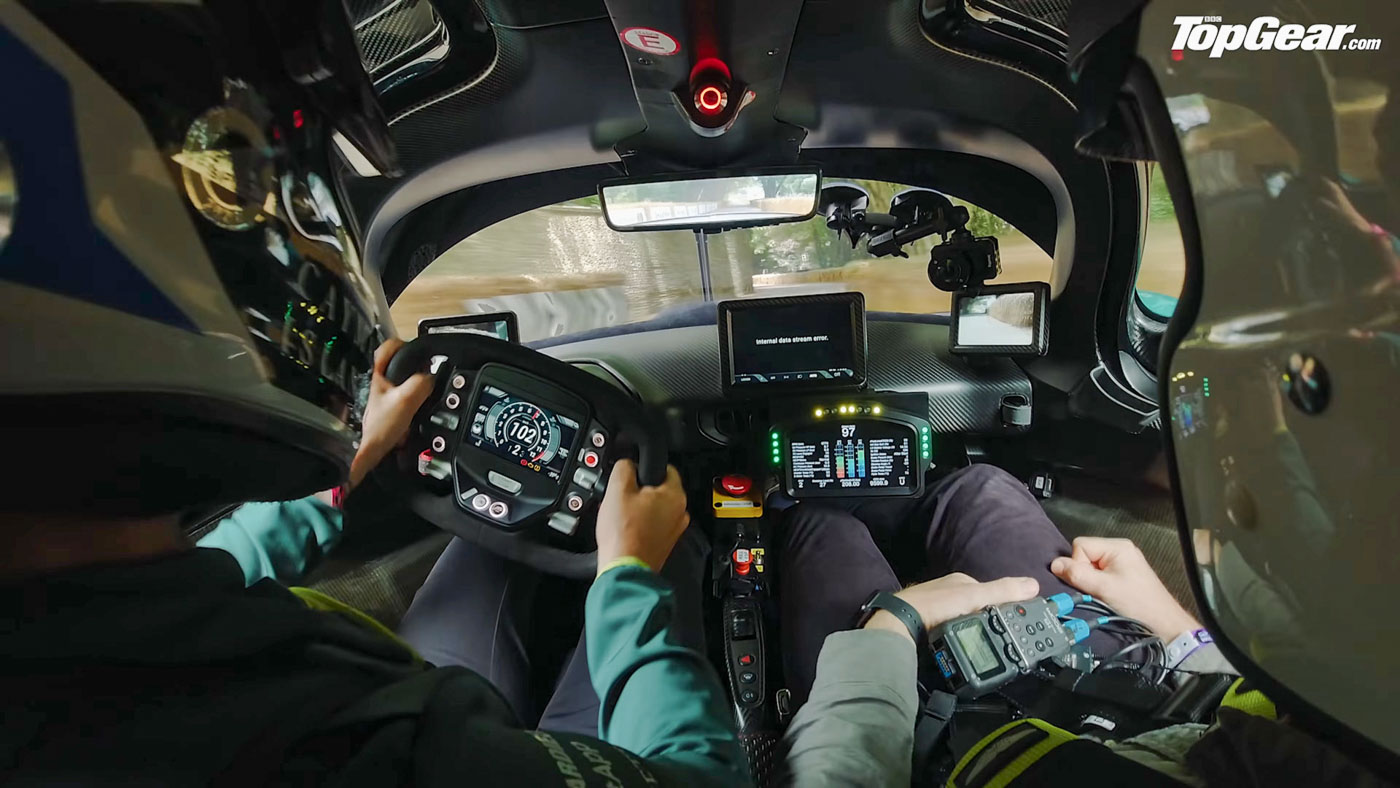 You might have heard people call the Aston Martin Valkyrie as the “F1 for the road”, and there’s a good reason for that. Designed by Red Bull Racing’s Adrian Newey, the Valkyrie features some of the most advanced F1-inspired aerodynamic treatment on its bodywork, plus a F1-derived 6.5-litre NA V12 engine that revs all the way up to 11,000 rpm – so you can imagine how it drives.

With only 150 units to be made, chances are we’ll never get even close to seeing one of these beasts in real life. But fortunately, Top Gear was invited to join Aston Martin in their session at the recent Goodwood Festival of Speed, so we can live vicariously through the camera lens – and boy, is it properly manic.

As the Valkyrie that was brought to the hillclimb is still a prototype with a few more details still to be ironed out, Aston Martin didn’t want to tempt fate by pushing the car to its limits – especially through the corners. That doesn’t mean the car wasn’t trying to kill the driver at any chance it gets, though.

Check out the Aston Martin Valkyrie in more detail here.

From the video, you can see that Aston Martin’s test driver Darren Turner had to counter steer quite aggressively whenever he puts his foot down, and the engine revs jumps everytime the car hits an uneven patch on the surface – though the latter could be down to the fact that the test car didn’t have the active suspension system equipped.

The Valkyrie, with its 1,014 hp and 740 Nm of torque, is still technically a road car, but the way the car violently shakes at every gearshift, and more importantly, the sound, wants you to believe otherwise – Top Gear’s Jack Rix’s facial expressions in the passenger seat already tells you everything you need to know.

The all-new Aston Martin Valhalla looks almost as insane as its elder brother. Check it out here!

Trust us, you wouldn’t want to miss this. Put on some headphones (for the oh so glorious V12 sounds), and let the Aston Martin Valkyrie take you on an insane new spiritual journey – it’s your god now.