Home News Volkswagen celebrates 45 years of the Golf GTI with an angry-looking Clubsport... 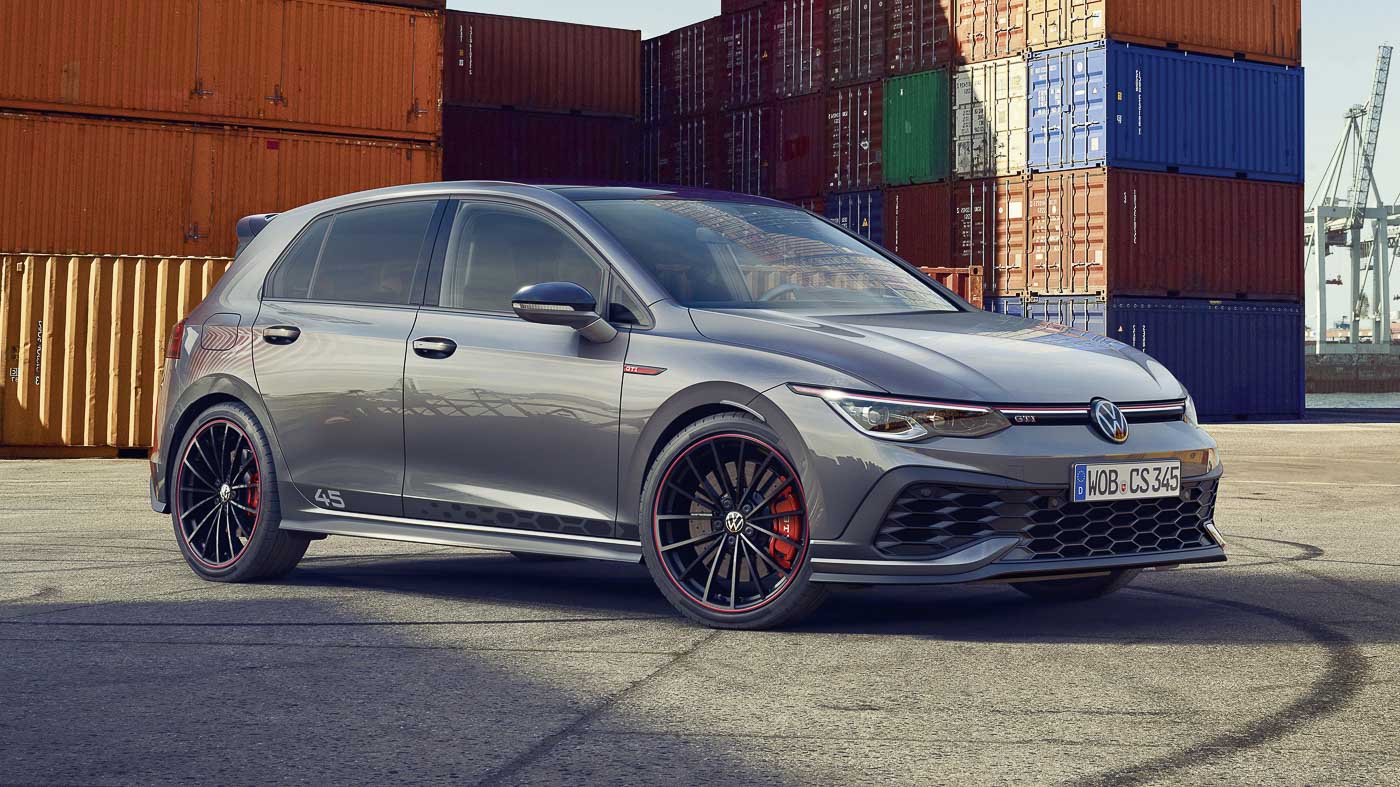 Volkswagen is celebrating the 45th anniversary of the iconic Golf GTI with the Golf GTI Clubsport 45. Based on the recently released Golf GTI Clubsport, this commemorative model focuses on the exterior and interior individualisation rather than performance upgrades.

The Golf GTI Clubsport 45 has most of its anniversary-themed upgrades on the exterior. The front has larger air intakes with the roof in black, complemented by a specially designed open roof spoiler that is said to increase the downforce levels.

Of course, a not-so-subtle “45” sticker and graphics is placed on the lower section of the Golf GTI Clubsport 45.

This special anniversary edition Clubsport is also fitted with an exclusive Race package that consists of a set of gloss black 19-inch Scottsdale wheels with red accent, sports exhaust system and the removal of the speed limiter.

Inside, the front sport seats are from the premium range marked with a different pattern and finished with a discreet “45” label on the steering wheel that replaces the GTI label.

No changes were made to the engine outputs, with the 2.0-litre turbocharged engine pushing out 300 hp and 400 Nm of torque. Drive is to the front wheels via a 7-speed DSG transmission. The benchmark century sprint can be completed in 5.6 seconds.

The Golf GTI Clubsport features a stand-alone driving mode that is specifically tuned (suspension and electromechanical front-axle locking differential) to confidently navigate all 20,832 metres of the Nurburgring Nordschleife.

Priced from 47,790 Euro in Germany, the Volkswagen Golf GTI Clubsport 45 is substantially more expensive than the non-anniversary Clubsport but still cheaper than the Golf R with 320 hp and 4Motion that is priced from 50,220 Euro.