Home News The Rolls-Royce Phantom Tempus has no clock, because time is an illusion,... We all dream of flying through space one day, but unfortunately that’s still just a little too unrealistic for now, no matter how wealthy you are. Although, if you do have space-exploration money, you’ll have the privilege to get a lot closer than most people, thanks to Rolls-Royce’s new Phantom Tempus Collection.

According to Rolls-Royce, the new Tempus Collection is inspired by “time, astronomical phenomena, and the infinite reaches of the universe”. As ridiculous as that sounds, you’ll have to give props to Rolls-Royce’s incredible Bespoke team for the end product, based on an idea that was clearly dreamt up in the marketing department’s office.

Now, obviously we are not suggesting that the car drives like a spaceship through space. But with all the additional flourishes that have been fitted on to the Phantom, it’s hard not to feel that way when you’re seated inside.

Everything on the Rolls-Royce Tempus Collection was created with one purpose in mind – to recreate the idyllic marvel of faraway galaxies. Take for example the exclusive ‘Kairos Blue’ paint on the exterior, masterfully crafted by RR Bespoke to mimic stars twinkling in the night skies using blue mica flakes.

Inside, the entire dashboard, or “Gallery” as Rolls-Royce calls it, has been transformed into a three-dimensional art piece, formed by 100 individual columns, all milled from a single billet of black-anodised and hand-polished aluminium.

Rolls-Royce calls this the “Frozen Flow of Time”, and is designed to represent the 100-million-year period of a rotational spin of a pulsar star – apparently a rare astronomical phenomenon only found “in the deepest reaches of space”. There’s even a plaque within the glovebox, engraved with Albert Einstein’s quote: “The distinction between past, present, and future is only a stubbornly persistent illusion“.

The standout centrepiece inside the Phantom Tempus though, is most definitely the Bespoke Pulsar Headliner, with several pulsar stars carefully embroidered onto the headliner fabric. Pair that to the fibre-optic lighting, and the starry night sky effect is truly awe-inspiring. The incredible headliner is complemented by the illuminated door panels, created by hundreds of perforation in contrasting leather.

Committing to the whole time standing still bit, Rolls-Royce also deliberately omitted the clock on the dashboard of the Phantom Tempus, supposedly to signify patrons’ “freedom from time and its limitations”. I guess you don’t need to be on time when you’re being ferried around in a multi-million dollar art piece as a car.

To further cement home the whole timelessness idea, buyers can even engrave a specific date and time of their own choosing – like their wedding anniversary – onto the base of the Spirit of Ecstasy emblem.

And just because this is a Rolls-Royce, you also get a champagne chest, custom painted with pulsar artwork. Inside, there are thermal flasks for chilling “both champagne and caviar”, alongside four hand-blown crystal champagne flutes, arranged in a way to evoke the cylinders of a V12 engine, as well as a fine mother-of-pearl caviar spoon.

Only 20 units of the Rolls-Royce Phantom Tempus Collection will ever be made, but unfortunately they’ve all already been spoken for. Although, if you really do have the money for space exploration, it probably won’t be too hard to convince RR to make you one, anyway. 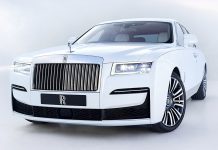 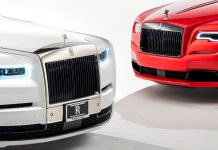