Home News These were once the most expensive wheels in the world, at RM8... 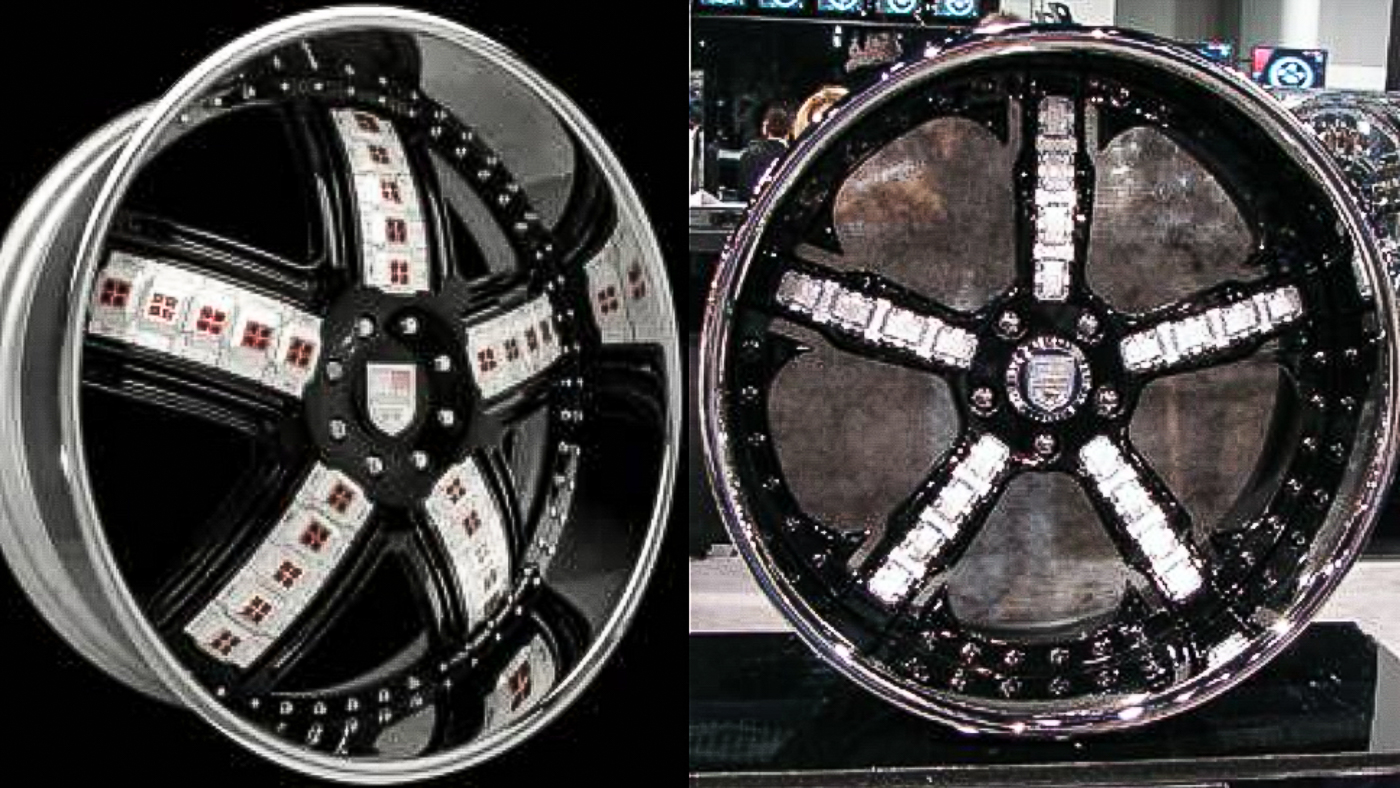 The car customisation culture is a vast and extensive one. While some take pride in the race decals on their A to B workhorses, some take to performance upgrades for their need for speed.

Some, however, perceive it as a means of portraying wealth and when that happens, even the sky isn’t the limit. These wheels by Asanti Wheels based in the United States, made over 10 years ago, took car customisation to a level no normal human being can comprehend.

The first set consisted of 22-inch custom 3-piece forged wheels where each featured 12,000 diamonds and 800 sapphires, totaling 1,100 carats of precious stones. The stones were said to be meticulously placed by world-renowned jeweller, IceLink.

Each of these diamond/sapphire-encrusted wheels costs USD250,000 (approximately RM1 million) then, for a cool total of RM4 million (approx.) a set! For that money, you’re not only buying a set of wheels, as Asanti also threw in a new Bentley Continental GT and round-clock-security on the rims for a full year!

The next set – one that completely redefines the word “excess” – was from the Asanti AFS 103 Series. It had an asking price of USD2 million dollars a set (approx. RM8 million) – making it the world’s most expensive set of wheels at the time.

The wheels are only available from a minimum size of 30-inches, all the way to 34-inches where each was inlaid with 26,000 diamonds and 1,200 sapphires.

It’s uncertain if Asanti still makes these wheels, but surely, there must be better ways to spend USD2 million, even if money is no object.