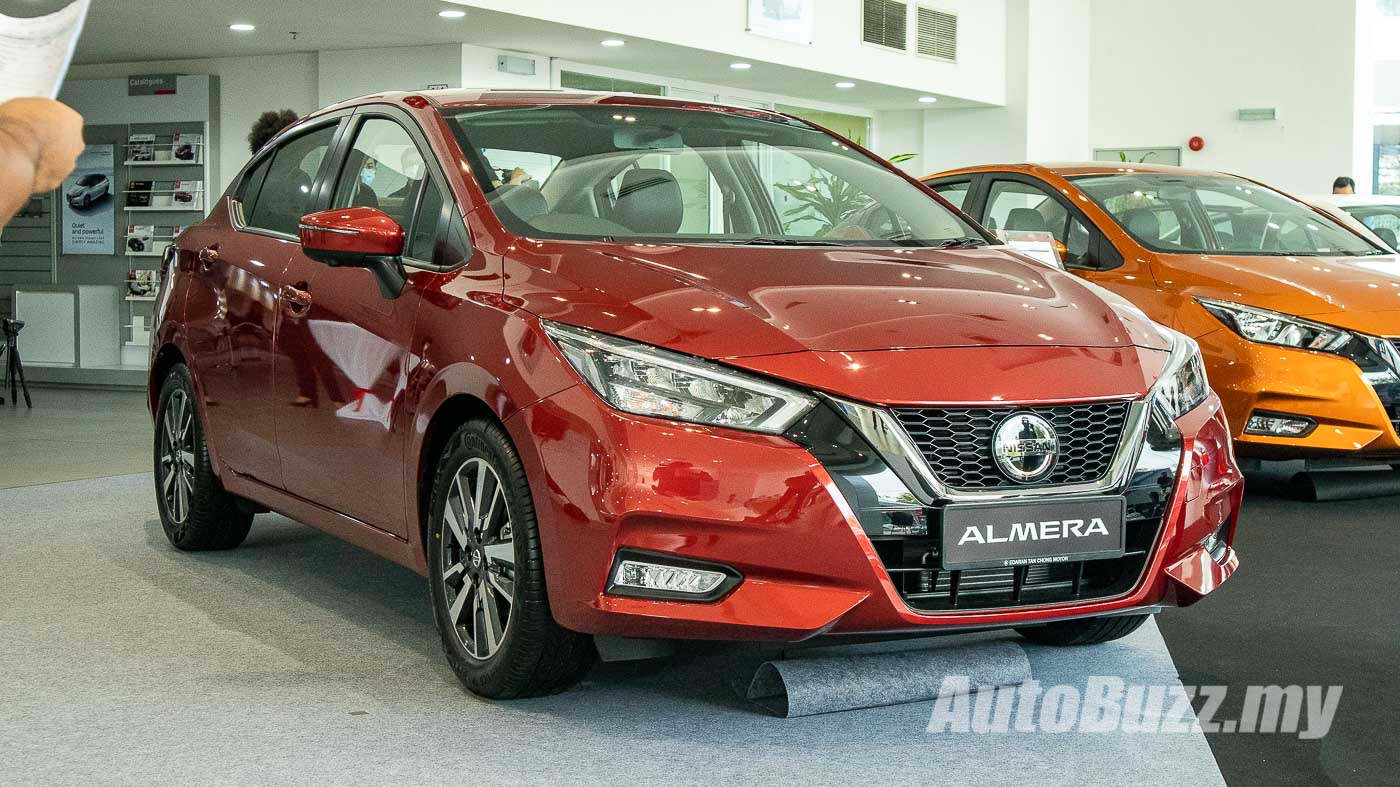 At long last, Edaran Tan Chong Motor (ETCM) has now officially launched the highly-anticipated Nissan Almera Turbo here in Malaysia. The three variant line-up starts at RM79,906 for the VL, followed by the mid-spec VLP at RM85,715, topping out at RM91,310 for the range-topping VLT variant.

With ‘Turbo’ included right into the name for the Malaysian market, the key highlight on the all-new Nissan Almera is of course it’s powertrain. Only one engine option is offered across all three variants, and it is the HR10DET 1.0-litre turbocharged mill, featuring technology taken straight from the GT-R.

Aside from the new powertrain, our brief test drive session also highlighted just how well the all-new Nissan Almera drives, especially when compared to its predecessor thanks to its improved body rigidity, steering system, and chassis – not to mention the improvement in the cabin refinement department!

Aside from the powertrain, the biggest change to the all-new Nissan Almera Turbo is probably in its styling department, marking a stark departure to the bulbous look of its predecessor. Standard styling elements across all three variants include automatic headlights (halogen on the two lower variants, LED for the range-topping VLT), LED combination taillights with LED fog lights, and a rather attractive rear bumper with carbon fibre-like inlays and a body-coloured diffuser.

Two wheel sizes are on offer – 15-inch units on the base VL specification, while the VLP and VLT variants are both equipped with 16-inch machined two-tone alloy wheels. Stepping up to the range-topping variant will also net you an additional trunk lid spoiler in gloss black, while the headlights are now completely LED illuminated – including the daytime-running lights.

Similar to the exterior, the cabin of the fourth-generation Nissan Almera has also been completely revamped for a more modern and premium appearance. Notably, the dashboard now has a dual-tone design surrounded by soft touch material (on VLP and VLT variants), carbon fibre pattern textures, as well as chrome and piano black trims.

Standard equipment across the board also include:

The base VL variant is fitted with a bluetooth-enabled headunit, paired to a analogue Fine Vision instrument cluster with multi-info display, Manual Air-conditioning system, along with fabric seats and urethane-wrapped steering wheel and gear lever.

The all-new Nissan Almera for the Malaysia market is equipped with autonomous emergency braking as standard across all three variants, but the more feature-complete advanced driver assistance systems is only available on the range-topping VLT variant. The system includes the following functionalities:

The base-variant Nissan Almera only comes with two airbags, increasing to six on the two upper variants. The VLP variant is equipped with a reverse camera (in place of the 360-degree around view monitor of the range-topping variant), while Vehicle Dynamic Control (VDC), Traction Control System, ABS, Electronic Brake-Force Distribution, brake assist, and hill-start assist are standard across all variants.

As mentioned above, the all-new Nissan Almera Turbo is priced at RM79,906 for the VL, followed by the mid-spec VLP at RM85,715, topping out at RM91,310 for the range-topping VLT variant in Malaysia. All prices are on the road, without insurance, and inclusive of the sales-tax exemptions in place until the end of 2020.

Included in the price is a five-year unlimited mileage vehicle warranty, along with free five times alternating maintenance service within 5 years, with parts and labour included.

ETCM is also offering a special hire purchase Flexi Financing Promotion, with monthly repayments starting at RM688, RM738, and RM788 respectively for the three variants, based on a 90% loan on a nine-year loan tenure. The promotion is valid until 31 December 2020.

If you’re looking to spice up your new ride even further, ETCM is also offering additional accessories that are all covered with a 3-year/100,000km warranty, and can be financed with the vehicle purchase.

Following the announcement of the Sales Tax Exemption in place until the end of December 2020, for the latest price list of Nissan vehicles in Malaysia, click here.