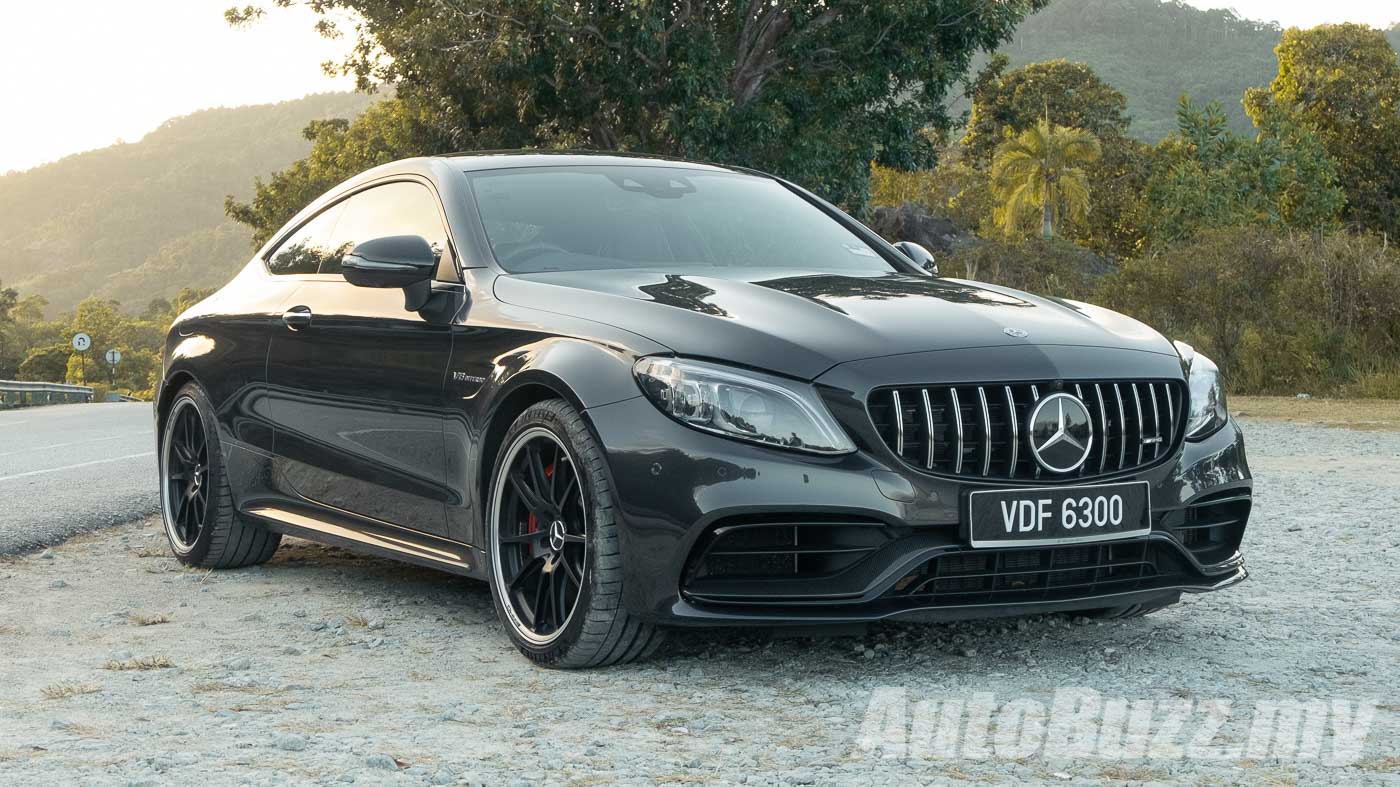 The rivalry between the AMG C 63 S and the BMW M4 has always presented a dichotomy of two worlds; The M is always the track weapon, while the AMG is always a brute force monster. Well, according to some people, anyway.

For the most part, that statement is true. The one-man one-engine M177 4.0-litre twin-turbocharged V8 engine under the hood of the AMG C 63 S is just glorious, and perhaps one of the best engines that’s ever come out from Affalterbach.

However, summarising the car to just the engine would be an injustice to the C 63 S, because that means all of the wonderful engineering and design work is ignored. I mean, just look at this beautiful machine for starters.

The AMG visual treatment on the C 63 S Coupe is done to perfection – shouty, but not overbearing. There’s no mistaking this for a “regular” AMG-line C-Class, with its flared wheel arches and 19-inch AMG alloys, Panamericana Grille (which is new on the facelift), and carbon fibre bits.

At the same time, it also doesn’t try to stand out too much from the crowd (i.e. large crazy wings) – which is a good thing in my books. When it’s parked at the side of the road, the C 63 S is a car that begs for a second look before walking away – especially on this Coupe body style.

The visual flair continues inside too… if carbon fibre is your thing. Otherwise, the dashboard is pretty much lifted from the regular C-class, save for a AMG-specific steering wheel and fully-digital instrument cluster. There’s also an IWC-branded clock located at a position where it realistically serves no purpose, but it sure does look cool.

The Alcantara-wrapped steering wheel in the new C 63 S also comes with a set of digital buttons lifted directly from the GT R, which lets you control the various settings of your car, hinting at the software wizardry AMG built into this car – more on that later.

The seats, covered in red and black twin-tone Nappa leather, adds a dash of character to the otherwise monotonous interior. Though if we’re nit-picking, they are just a tad too firm on our buttocks. While we’re at it, the infotainment system also feels archaic when we know that there’s the brilliant MBUX out there, on a car about one-third its price no less.

But all that complaints just magically disappear once you step on the accelerator – The sound of pure euphoria from the AMG Performance exhaust immediately engulfs the entirety of your sensory receptors, while the 700 Nm of torque pins you to the back of your seats.

We usually hate traffic lights, but in this case they are actually a pretty nice break from the unforgiving acceleration force – giving you some time for a breather and play with the individualisation settings you can tweak the car with.

There are a lot of settings here – dampers, throttle and gearbox response, electrically-controlled limited slip differential, the whole lot. It can get overwhelming pretty fast, fortunately the presets are pretty sufficient for us mere mortals. Flick it into Sport mode on the steering-mounted rotary dial (or Sport+ if you’re feeling a little spicy), and when the lights turn green, mash the pedal and go again.

The Mercedes-AMG C 63 S Coupe doesn’t shy on the backroads too, despite what people might lead you to believe. Turn-in is sharp and direct, albeit a little muted on the steering-feel front. The ultra-firm dampers also handle its weight well around the bends, though we just wished that Mercedes-AMG would’ve given the Comfort mode a little more, well, comfort.

The fun/fear factor is amplified by the fact that its rear end tends to slip out a little with just a touch heavier throttle input, no matter what traction control settings you’re in. Call me a wuss, but I left the dial all the way at maximum pretty much the whole time.

At the end of the day, is the C 63 S a brute force monster? Yes, but at the same time, it is also a lot more than that – be it a track time slayer, drag strip champion, or even a daily driver with its surprisingly roomy rear seats – it even comes with rear air-con vents. That’s if you can live with the bone-breaking suspension set-up, of course.

Over the weekend with the C 63 S, I’ve fallen head over heels in love with it. Yes, it does scare me to death at times, but that’s just part of it’s charm, isn’t it?