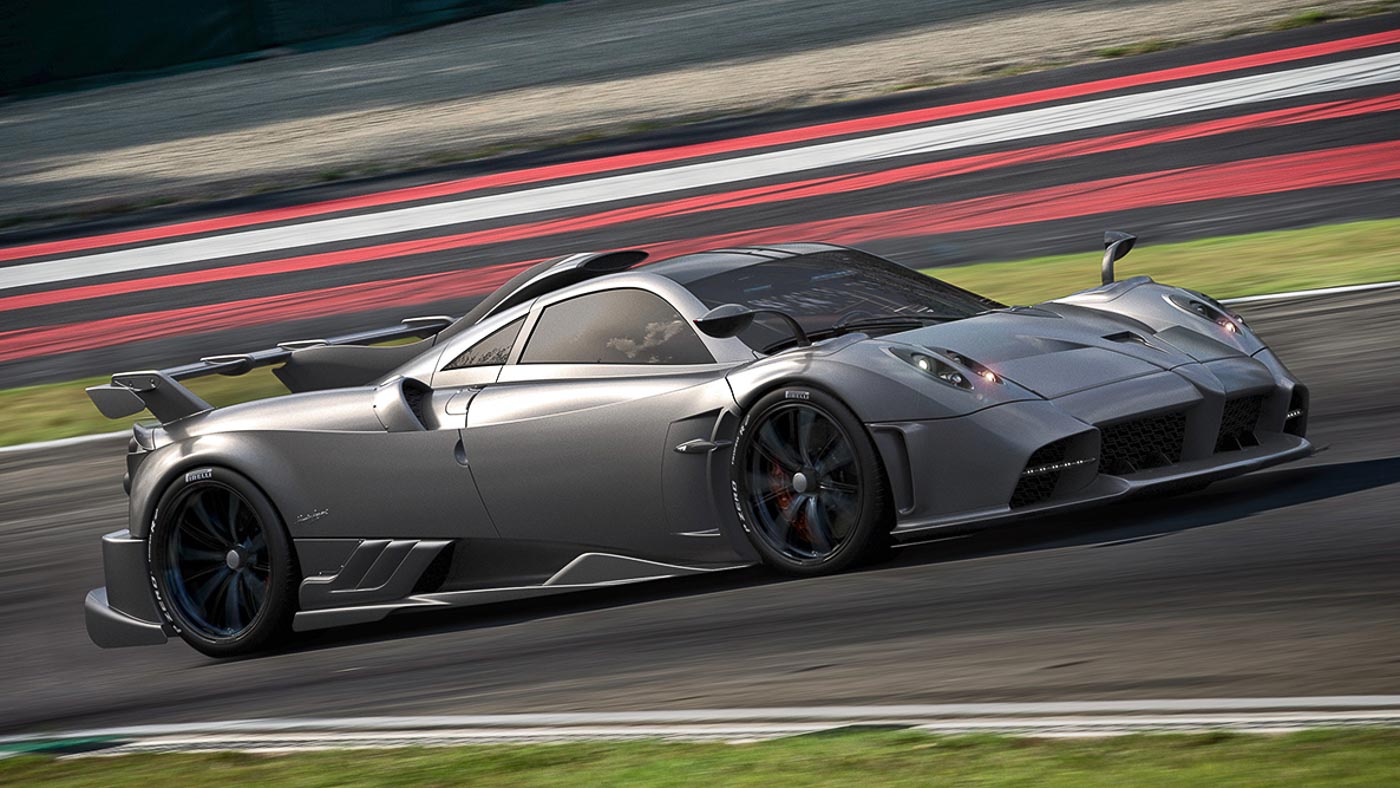 Named after the racetrack on which it was modeled and fine-tuned, there will only be five units of the new Pagani Imola.

The Imola is said to have undergone the most severe on-track validation test ever imposed on a Pagani vehicle, with over 16,000 km covered on the track at racing speed – the equivalent of about three times the 24 Hours of Le Mans.

The USD 5.4 million Pagani Imola utilises active aerodynamics system introduced by the Huayra, the first road vehicle ever to be equipped with this technology.

This means that each of the four mobile winglets behaves according to the driving circumstances immediately and even when braking, by generating even greater stopping power.

Pagani Imola takes the fanatical attention to weight-saving to new heights, With the introduction of Acquarello Light, the new bespoke painting system reduces the weight of the paint by 5 kg while maintaining color richness, depth and shine unchanged.

Not that it’s a pretty machine, but as Pagani says, it’s built with the purpose of being the most effective track weapon.

“We can’t say that it’s an elegant car. We wanted an efficient vehicle, and just as you’d expect if you were looking at an F1 single-seater, this led us to design a car with additional aerodynamic features,” said Founder and Chief Designer of Pagani Automobili, Horacio Pagani.

Under the carbo-titanium body is a 6-litre Mercedes-AMG V12, with 827 hp and 1100 Nm, all to power just the rear wheels through a 7-speed Xtrac gearbox. Is Pagani teasing a new supercar to be unveiled tomorrow?