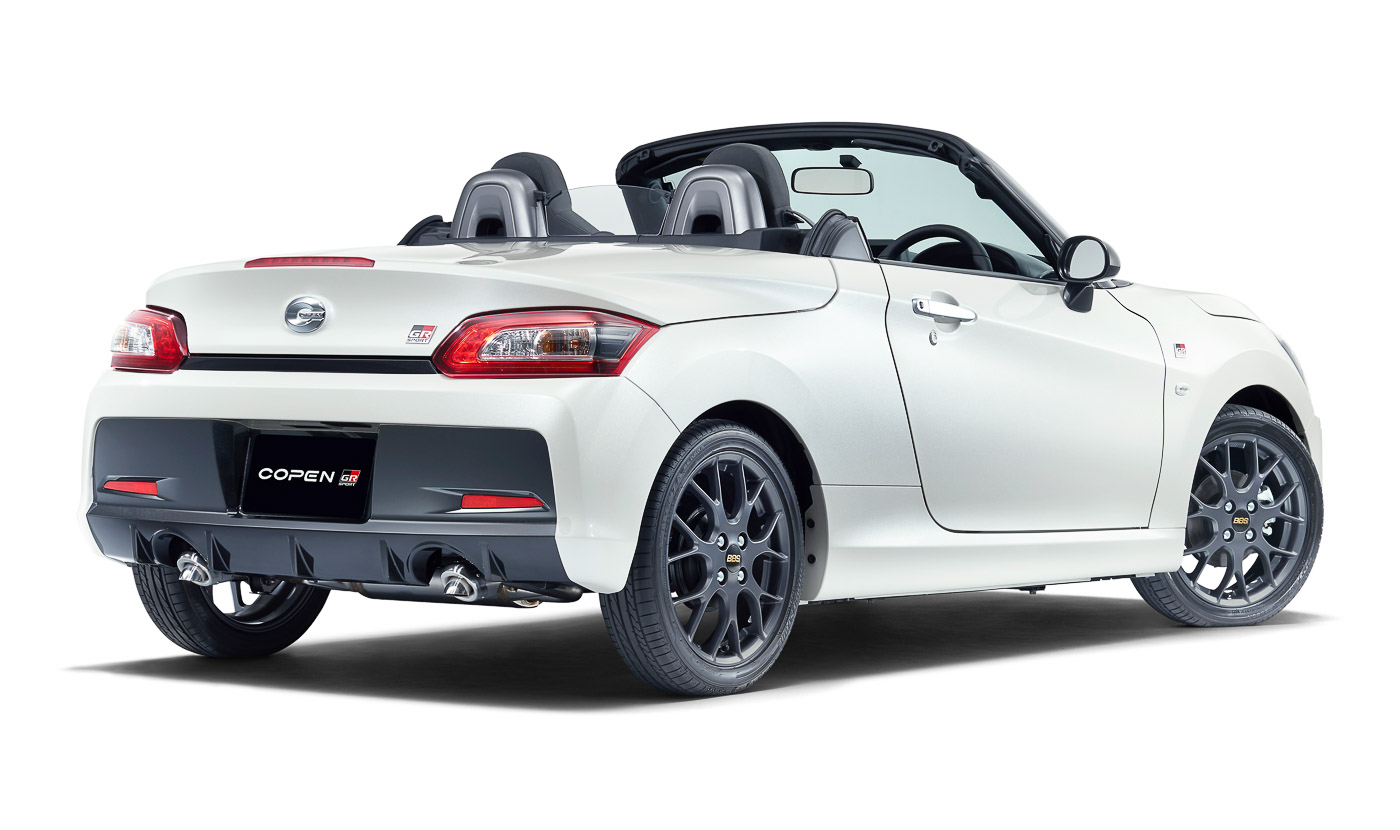 Toyota says that the new car is an entry-level model of the GR series that expands the possibilities of the Copen and with the magical Gazoo Racing touch, enables drivers to “enjoy a hard ride-like sports car and easily enjoy sports driving”.

Weighing as little as 850 kg, not much is needed to power the Copen which makes just 64 hp and 92 Nm of torque from a 660 cc, 3-cylinder turbocharged twin-cam DVVT engine.

For a car such as this, the 5-speed manual with Limited Slip Differential is the one to go for but alternatively there’s a 7-speed CVT gearbox with paddle shifters – but why would you want that?

Focus has been given to the car’s rigidity with an added front brace and redesigned centre brace on the undercarriage. The Copen is also fitted with underfloor covers for better air flow under the car, contributing to better stability.

The eletronically-operated roof or “Active Top” as Toyota calls it can be fully retracted within 20 seconds and tucks neatly behind the occupants. With the roof open, Toyota says there’s enough space for a small duffel bag but when closed, you can easily fit a golf bag in the boot.

It doesn’t take a genius then to figure out that when you’re on a long driving trip – something you’d want to use the Copen GR Sport for – unless you can fit clothes for two in a small bag, you’re never going to be able to open the roof. Not very Toyota, I must say.