Home News Next generation Nissan Almera to be turbocharged? If the swirling rumours turn out to be true, the next generation Almera could well be the first locally assembled Nissan model to be powered by a turbocharged engine (pick-up trucks aside), albeit one that’s optimised for fuel efficiency rather than performance.

The 1.0-litre turbocharged 3-cylinder in question hails from Nissan’s HR engine series which also powers the Micra hatchback sold in Europe (which the Almera shares a platform with). While the output for ASEAN markets may yet differ due different regulations and fuel types, etc., the on-paper output of this 3-cylinder motor is rated at 100hp and 144Nm when mated to a CVT, with torque raised to 160Nm if paired with a 5-speed manual.

But perhaps the biggest change for the new Almera will be its styling, the transformation is akin to an ugly duckling turning into a swan. If you like how the Nissan Leaf looks with its sharp, angular lines, prominent V-motion grille and boomerang taillamps, then the new Almera is all of that, but rendered in an attractive and proportional three-box silhouette.

Based on the dimensions of the US-market equivalent model (the Versa sedan), the Almera should see increases in overall length (4496mm), wheelbase (2620mm) and width (1740mm); but note that these are approximate numbers and the specs for this region have yet to be made public.

Like the exterior, expect the new Almera’s cabin to undergo a significant change with more space over the current model (which is already rather spacious), along with improved build quality and cool tech features from Nissan’s Intelligent Mobility suite.

More concrete information on the specs of the all-new Nissan Almera will surface soon enough as the model is expected to be unveiled in Thailand before the end of year, with Malaysia to follow suit within the first half of 2020. There should be fewer Almari jokes by then. 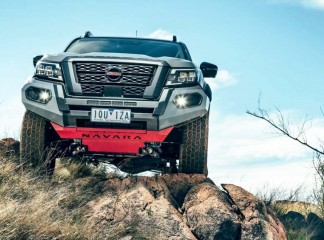