Home Features Here’s some interesting facts on each of the 8 Ferrari die-cast models... So far, Shell has already revealed four models – the 488 Spider, the 365 GTB4 and as of yesterday, the 250 Testa Rossa and the 430 Scuderia. Just to spice things up a little in anticipation of the rest and what you’ve missed out, here are some interesting facts on each model that you may not know.

The 488 Spider is only the 8th V8 Spider Ferrari has ever built with the first being the 308 GTS from 1977. It’s the first Spider to be introduced and initially offered in Blue with more traditional colours offered later on.

Its top can be retracted in just 14 seconds, faster than any V8 Ferrari from before.

The Daytona was the last 12-cylinder Ferrari model announced before Fiat took over.

The name Testa Rossa means “red head” in Italian, a nickname given to the car due to its bright red rocker covers. Just over 30 units were ever built with the most recent one sold for USD39.8 million in according to reports.

The great Michael Schumacher was famously known for having a big part to play in the development of the 430 Scuderia and was at hand to unveil the car at its premier.

The 430 Scuderia was equipped with the new F1-Superfast2 software management system which meant gear changes could be as quick as 60 milliseconds. On average, it takes 300-400 milliseconds to blink an eye.

Possibly the most expensive Ferrari ever, a pristine Series 1 model was sold for an insane RM277 million at an auction last year.

It’s said that because the 250 GTOs were all handbuilt, no two panels such as the doors are the same.

When it was first introduced back in the early 1980s, it was fitted with the most powerful production engine Ferrari ever made.

Initial plan was to build 200 units for homologation to allow Ferrari to race in the Group B circuit series but the championship never took and Maranello ended up making 272 units to meet customer demands.

With only 349 units ever built, the F50 was unveiled as a tribute model for Ferrari’s 50th anniversary and was literally a Formula 1 car for the road. The F50’s 4.7-litre V12 engine was derived from the one used in the 1989 F1-89 Formula One race car.

With 520 hp and 471 Nm from a naturally-aspirated engine, the car did not come with ABS, power assisted brakes and even power steering.

The SP71H was the 64th single-seater race car Ferrari ever made to compete in Formula 1 and by regulation, was among the fitsfeatured the highly-debated “Halo” for the first time, meant to offer better protection for the drivers.

Ferrari fans and collectors can acquire these limited edition models at RM15.90 with every purchase of RM30 of Shell fuels in a single receipt.

Those interested in the trailer that can accommodate all eight models can either purchase it at RM99.90 or a 4L bottle of Shell Helix Ultra and get it for free! 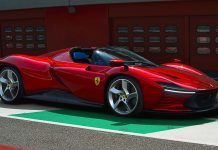 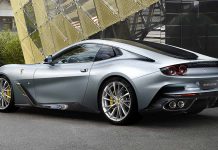 Receive a RM5 voucher for every 200 BonusLink points earned at Shell stations – until 31 Dec!

Travelling into Singapore now allowed, but don’t start driving down yet